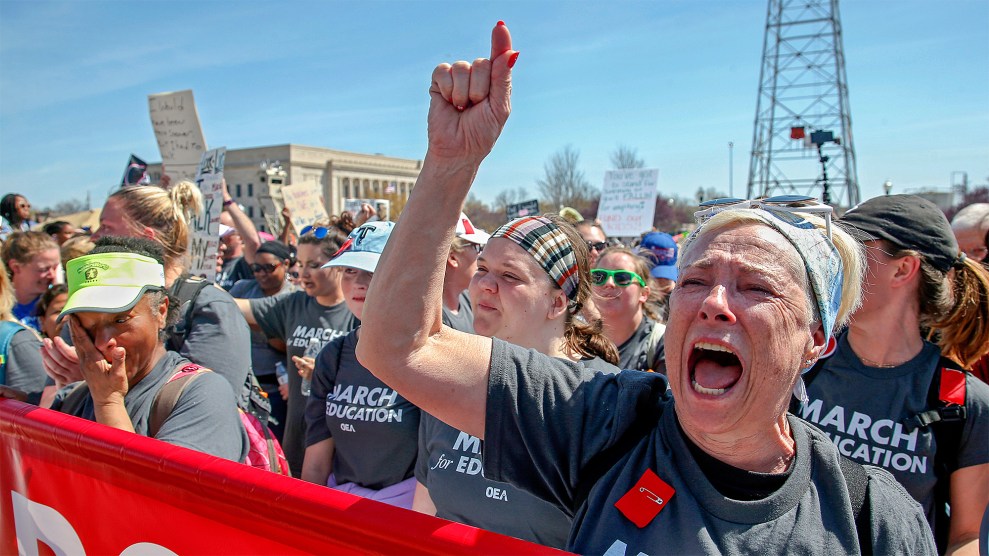 In 2018, teachers in West Virginia, Arizona, Colorado, Kentucky, North Carolina, and Oklahoma led demonstrations, walkouts, and strikes to protest the sorry state of education in their states—including low teacher pay, shrinking budgets, and overcrowded classrooms. The movement may be a sign that even in red states, slashing taxes and budgets no longer makes the grade. And it could cost Wisconsin Gov. Scott Walker his job.