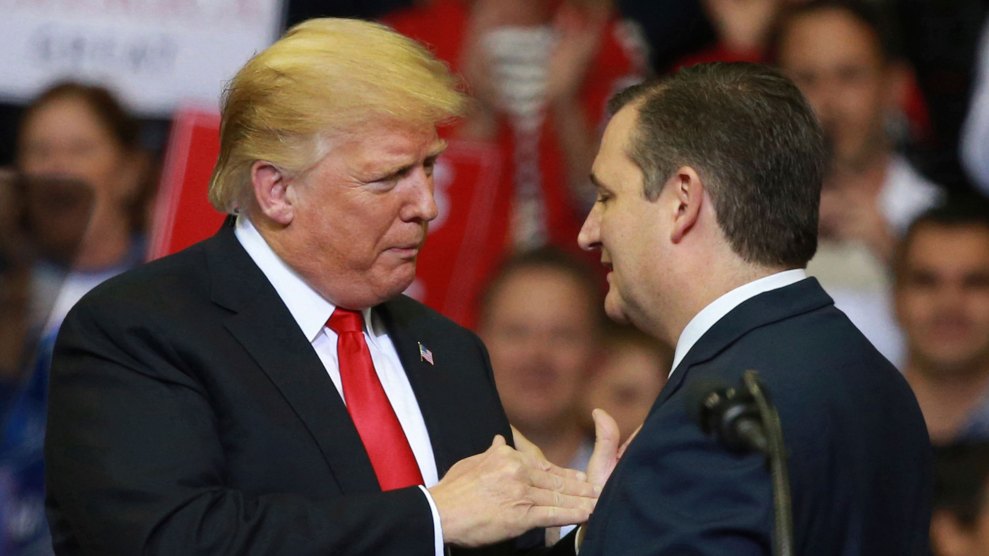 After another round of reports of explosives being sent to prominent Democratic figures, Texas Republican Sen. Ted Cruz issued a statement condemning the attempted bombings and—as he has done with increasing frequency during his tight reelection campaign—calling for a de-escalation of political rhetoric:

“Political disagreements are fine, even healthy, but we should always be civil and respect each other’s humanity,” he tweeted.

Violence is never OK. Reports of bombs sent to the homes of Obama, Clinton, and Soros are deeply, deeply disturbing. America is better than this. Political disagreements are fine, even healthy, but we should always be civil and respect each other’s humanity.

A day earlier, Cruz joked about throwing his Democratic opponent, Rep. Beto O’Rourke, in a prison cell with Hillary Clinton. And on Monday, he appeared at a rally in Houston with President Donald Trump, who ran for office in part on the idea of prosecuting his political rival. In his speech, Trump suggested that a group of Central American asylum seekers were a violent mob (if not in fact terrorists) who were sent to the United States by Democrats. Last week, Trump praised Republican Rep. Greg Gianforte for body-slamming a reporter who was trying to ask a question about health care.