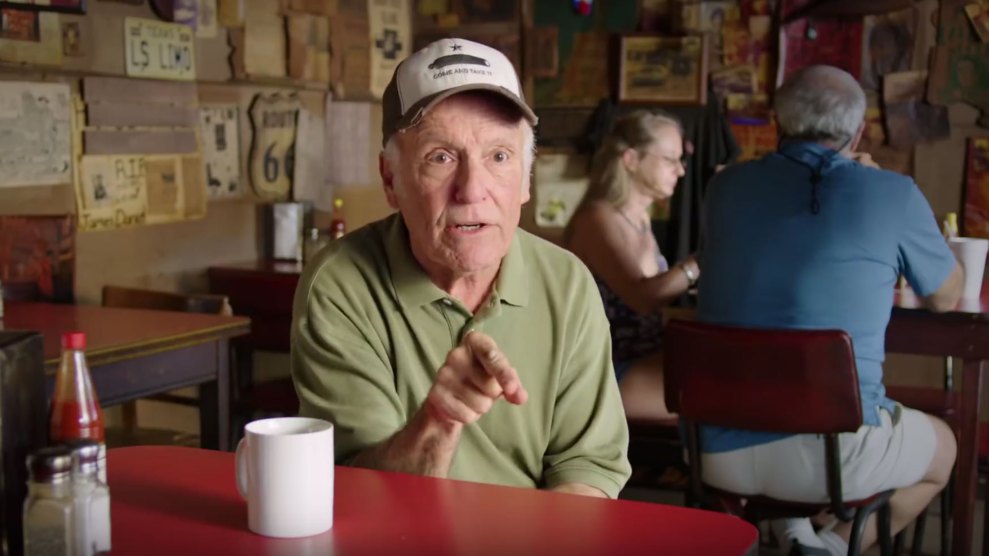 Texas Republican Sen. Ted Cruz, running for reelection after a bruising 2016 presidential bid, has embraced a campaign slogan that could also be used to sell trucks or, I don’t know, asphalt—he’s “Tough as Texas.”

This was a decent, if characteristically overwrought, persona for Cruz to embrace prior to 2016, when he’d gained a reputation as a Senate rebel who spearheaded a shutdown of the federal government. But if there’s a fulcrum on which his career has seesawed, it was two incidents in the spring of 2016, as the senator tried to catch up to Donald Trump in the GOP delegate count. First, Trump promised to “spill the beans” on Cruz’s wife, Heidi, then retweeted an unflattering photo of her. Then Trump suggested that Cruz’s dad, Rafael, who is Cuban American, was involved in the plot to assassinate President John F. Kennedy. Cruz ultimately responded, as one does, by campaigning for Trump, by bringing his daughters to the White House for a photo op, and finally, by welcoming Trump and the first family to Texas to help him fend off Democratic Rep. Beto O’Rourke in this year’s Senate race.

The added context, for Linklater diehards, is that the ad features a character from a previous Linklater film, Bernie:

With O’Rourke mounting the first competitive Democratic statewide campaign in Texas in years, it’s been all hands on deck for the state’s liberal celebrities. The congressman did an interview with the actor Ethan Hawke. He rallied in Austin with Willie Nelson. And now we’ve got Linklater. Whither Beyonce?