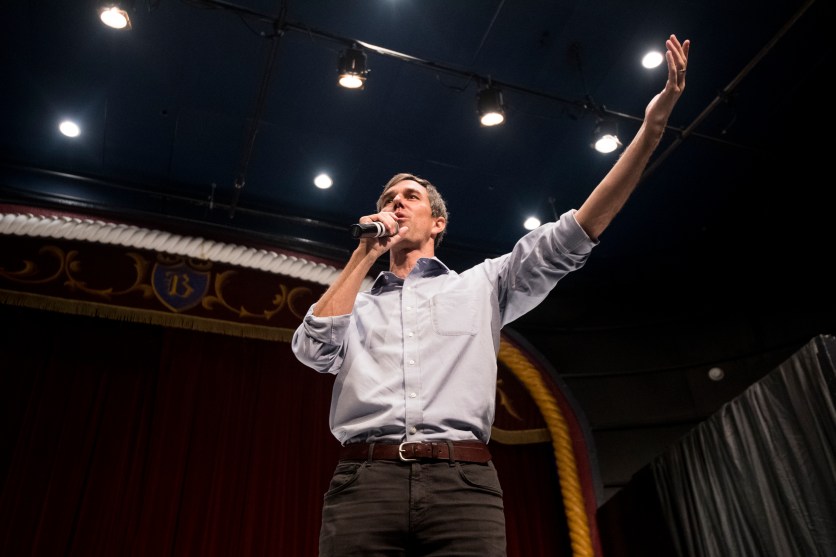 This is already shaping up to be the most expensive midterm election in history—$3.9 billion and counting, according to the nonpartisan OpenSecrets.org. Super-PACs and outside spending groups fueled by wealthy donors and corporations account for large chunks of the spending, but candidates themselves, in particular Democrats, are raising huge amounts of cash for their campaigns, and they are relying on relatively small donors to do it.

Big dollars are pouring into the election across the board, as became clear on Monday when candidates, committees, and super-PACs reported their third-quarter fundraising figures. For comparison, at this same point during the 2016 election, just 23 political committees reported raising more than $1 million in the third quarter—on Monday, 176 groups did.

There are the usual suspects like conservative donor and casino owner Sheldon Adelson, who, along with his wife, lavished at least $35 million on conservative super-PACs in the last few months. That includes a $20 million contribution from the Adelsons to a super-PAC affiliated with Speaker of the House Paul Ryan. The Adelsons have so far spent more than $90 million this election backing conservative causes. And Donald Trump’s campaign—and affiliated outside groups—have been heavily fundraising and spending as well: His campaign alone raised $10 million in the third quarter.

So, it’s going to be a big-dollar election, but what’s new is that a big engine driving these huge numbers is the Democrats. Democrats have been outspent by Republicans in every race since 2008. The spending totals won’t be known for months, but the Democrats are posting unusual numbers. And it’s not just Beto O’Rourke, whose campaign raised nearly $40 million in the third quarter.

Fundraising does not predict voter turnout, but the big numbers posted by Democrats do suggest a surge of Democratic enthusiasm that should worry Republicans.