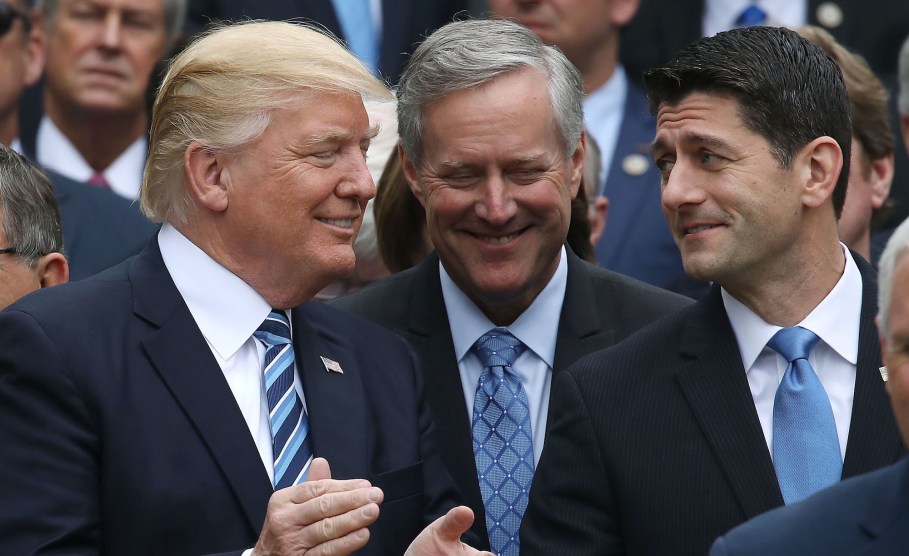 House Democrats released a report Wednesday finding that Trump administration policies could cause as many as 15.6 million people in the Affordable Care Act’s individual market to lose protections against discrimination on the basis of gender, age, and preexisting conditions.

The report, from Democrats on the House Committee on Oversight and Government Reform, comes in response to an announcement by Attorney General Jeff Sessions in June that the Justice Department will no longer defend the Affordable Care Act in court. In February, a coalition of 20 states, led by Texas Attorney General Ken Paxton, sued the federal government to invalidate the ACA, also known as Obamacare. A decision in the lawsuit could be reached anytime in the coming weeks.

The analysis looks at the effects if the ACA ceases to require insurance providers to cover people with preexisting conditions. It is based on 2016 American Community Survey data and a 2017 estimate by the Department of Health and Human Services that 55 percent of individuals who receive insurance through marketplace plans have preexisting health conditions.

With less than two weeks before the midterms, Democrats have homed in on health care as a winning issue for the party, slamming Republicans for attempts to roll back Obama-era protections and cut Medicaid spending. But Republican leaders seem unconcerned by the potential ramifications. Last week, Senate Majority Leader Mitch McConnell (R-Ky.) called the deficit, which has ballooned to $779 billion in fiscal year 2018, “disturbing” and said he hoped to continue slashing entitlement programs in response. McConnell has also come out in support of Paxton’s lawsuit.

Wednesday’s report comes on the heels of a separate report by Democrats on the congressional Joint Economic Committee last week warning that the Republicans’ proposed cuts in the fiscal year 2019 budget, in the amounts of $1.5 trillion to Medicaid and Obamacare tax credits and $537 billion to Medicare over the next decade, could result in additional financial burdens for beneficiaries. While the budget is still awaiting a final vote, Democrats warn that the cuts would cost beneficiaries an extra $3,000 a year per household.

Democrats have used Republicans’ failed efforts to repeal the ACA to argue that the GOP is eager to gut coverage for people with preexisting conditions. The strategy has left Republicans who voted to repeal the ACA scrambling to defend their records, with some claiming that they supported protections for people with preexisting conditions despite their votes.

“President Trump claims all Republicans support people with preexisting conditions, but just last year 217 Republican House Members voted to eliminate protections for these individuals. The President’s words—and the words of Republicans in Congress—do not match their actions,” Rep. Elijah Cummings (D-Md.), the top Democrat on the House Committee on Oversight and Government Reform, said in a statement.

If Democrats take control of the House, they plan to hold hearings about the Trump administration’s rollback of insurance protections. “We’ll conduct vigorous oversight and hold the Trump administration accountable for its culture of corruption that seriously undermines critical health care protections,” Frank Pallone Jr., the top Democrat on the House Energy and Commerce Committee, told the Washington Post.

Wednesday’s report does not take into consideration state-level protections for preexisting conditions. Currently, 12 states, including California, are suing the Trump administration over an executive order signed in October 2017 that would allow private employers to evade ACA coverage requirements.