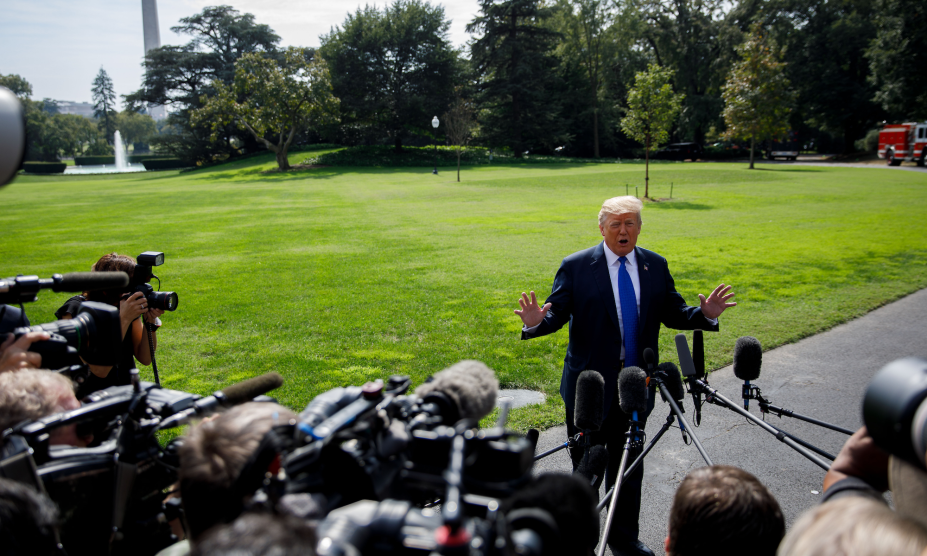 On Tuesday, the New York Times published a sweeping investigation into the source of President Donald Trump’s wealth that shattered his claims of being a self-made billionaire who had received little financial help from his family. Along with evidence of “outright fraud” by Trump, the massive expose found that a complex system of dubious tax-schemes helped the president reap at least $413 million from his real-estate mogul father.

Trump is notably not denying the report, either. Instead, in his first response to the damning piece, he appeared to take issue with the exact math behind the Times‘ numbers and the concept of inflation. Trump did not refute the investigation’s serious allegations that he participated in tax-dodging schemes to significantly increase his inheritance and that of his siblings.

He also dismissed it as a “very old, boring” story.

The Failing New York Times did something I have never seen done before. They used the concept of “time value of money” in doing a very old, boring and often told hit piece on me. Added up, this means that 97% of their stories on me are bad. Never recovered from bad election call!

Trump’s reaction on Wednesday is a significant departure from the statement his lawyer provided to the Times that called the report “highly defamatory.” Similarly to the president, the White House on Tuesday also did not directly deny the report. Instead, it claimed that the IRS had approved such transactions. Press Secretary Sarah Huckabee Sanders went on to accuse the paper of ignoring the president’s economic successes for the sake of attacking him.

Shortly after the piece was published, the New York State Department of Tax and Finance said that it was reviewing the allegations.

“The Tax Department is reviewing the allegations in the NYT article and is vigorously pursuing all appropriate avenues of investigation," New York State Department of Tax and Finance spox tells @ClaudiaKoerner @BuzzFeedNews