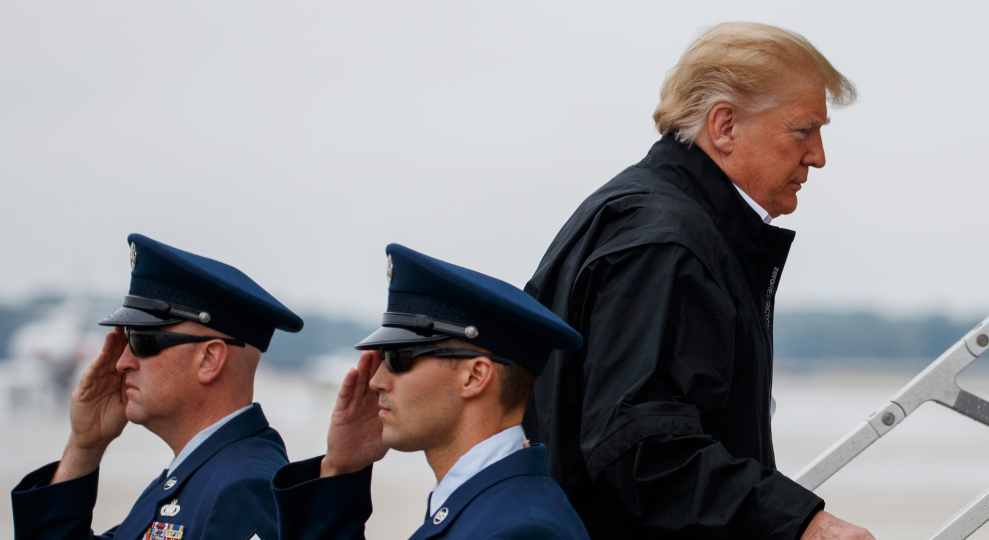 On Monday, President Donald Trump appeared all too eager to accept the blanket denials by the Saudi Arabian government that it had any involvement in the disappearance, and likely murder, of journalist Jamal Khashoggi. “It sounded to me like it could have been rogue killers, who knows?” Trump told reporters outside the White House.

Trump’s reluctance to explicitly condemn Saudi Arabia fits neatly into his record of turning a blind eye on authoritarians and human rights violators around the world.

The president’s speculation flies in the face of increasing reports and Turkish officials’ conclusion that Saudi Arabia’s Crown Prince had personally directed government agents to murder Khashoggi by dismembering him with a bone saw. It also came on the heels of Trump’s refusal last week to cancel an arms deal with Saudi Arabia over the deepening diplomatic crisis because it was simply “unacceptable” to halt $110 billion in arms sales—a figure experts say is wildly inflated—because it did no “good” for the United States.

While indeed shocking, Trump’s reluctance to explicitly condemn Saudi Arabia fits neatly into his record of turning a blind eye on authoritarians and human rights violators around the world. Specifically, the “rogue killers” theory immediately recalled Trump’s repeated attempts to blame anyone but Russia for interfering in the 2016 presidential election, despite the overwhelming assessment of his own intelligence community. “It could be Russia,” Trump notably said while responding to reports of Russia’s efforts during a 2016 presidential debate. “But it could also be China. It could also be lots of other people. It also could be somebody sitting on their bed that weighs 400 pounds, okay?”

Even this past weekend, Trump once again refused to definitively blame Russia. From his interview with 60 Minutes:

Lesley Stahl: — do you believe that the Russians interfered in the 2016 campaign election? Our election —

President Donald Trump: They — they meddled. But I think China meddled too.

Asked by veteran journalist Lesley Stahl if he was aware of Putin’s role in ordering assassinations against political enemies, Trump answered “probably.” In the same interview, Trump reiterated that he trusted North Korean dictator Kim Jong Un, whom he has also praised for demonstrating control over his people. (“He speaks and his people sit up in attention,” Trump told Fox & Friends in June. “I want my people to do the same.”) Trump later snapped at Stahl that he was “not a baby” after she read from a long list of Kim’s human rights violations.

Trump’s failure to condemn authoritarians took another bizarre turn in 2017 after videos surfaced showing members of Turkish President Recep Tayyip Erdogan’s security detail beating up protesters during a visit to Washington, DC. The violence sparked outrage and calls from the late Sen. John McCain for Trump to dismiss the Turkish ambassador. “We should throw their ambassador the hell out of the United States of America,” McCain said.

But anyone expecting Trump to punish Turkey was sorely misguided. In an interview with PBS’s NewsHour, Erdogan claimed that Trump was the one to apologize: “He said that he was sorry and that he was going to follow up on this issue when we come to the United States within the framework for an official visit,” Edrogan said.

In March, charges against 11 of the 15 bodyguards were quietly dropped.

.@RT_Erdogan tells @JudyWoodruff Trump called him abt incident in DC this summer to say he was sorry + wanted to "follow up on this issue." pic.twitter.com/CoVXYFamDV