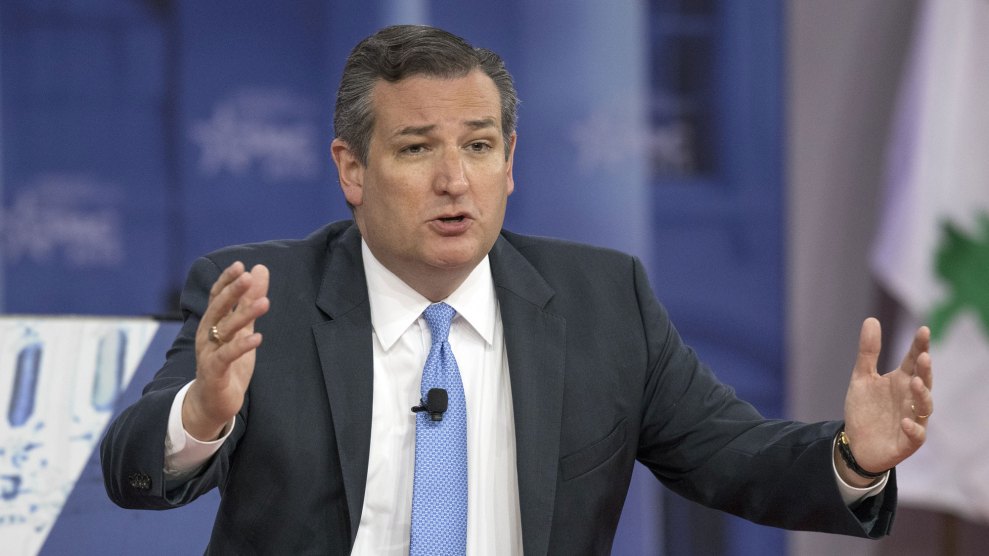 The Texas Senate race is a struggle over some of the most important issues of our time, so here’s something that’s not among them: Texas Republican Sen. Ted Cruz’s inability to pronounce the name of his Democratic challenger, Rep. Beto O’Rourke.

Here’s Cruz speaking at a rally on Wednesday in Wichita Falls, where he was joined by Donald Trump Jr.:

It wasn’t a one-time slip-up. This is how Cruz always says Beto O’Rourke’s name: Bay-toe.

I don’t mean to pick on Cruz, although it’s kind of weird—it’s not as if O’Rourke goes around calling him “Tad.” Plenty of other people are pronouncing it wrong too, though, notably, not the narrators of Cruz’s attack ads. But it’s a pretty common nickname in Spanish-speaking areas like Texas, and it’s just four letters.

Besides, there are videos you can watch to figure it out. Here’s Beto, in his own words:

It has 2,100 views on YouTube. Maybe it should have more?

Portuguese World Cup goalkeeper António Alberto Bastos Pimparel is also a Beto. Here’s some sort of soccer vlogger (?) explaining how to pronounce that:

(This one’s particularly useful for the uninitiated, because it actually works up to the correct pronunciation through a series of slightly off versions.)

Here’s a young person showing off a cat named Beto:

The cat never says Beto, but the pronunciation is very clear.

And in case there was any doubt on the rest of it:

News you can use!