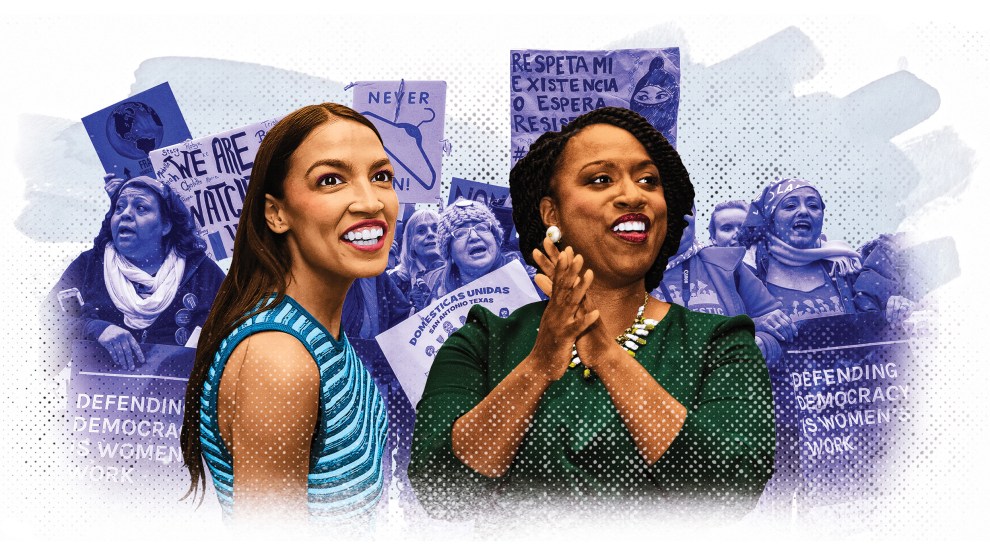 “The women are in my grill no matter where I go,” Rep. Dave Brat (R-Va.) groused in early 2017 as he was dogged by some of the many grassroots activists spurred to action by the election of President Donald Trump. Since then, the women-led “resistance” has fueled a wave of Democratic candidates and sparked hope that female voters will stop Trump in his tracks.

1992 was declared the “Year of the Woman” after 24 women won House seats for the first time and four new women joined the Senate. In 2018, there has been a surge in women running for Congress. Three-fourths of them are Democrats, and 68 percent are challengers or running for open seats.

2018 has been the biggest year for women winning primaries in House, Senate, gubernatorial, and state legislature races.

Women may lead 35 congressional committees and subcommittees if Democrats win the House.

Women’s campaign donations to congressional candidates have exceeded the previous high set in 2016. While men’s donations are evenly split between parties, women’s gifts are breaking toward Democrats in a big way.

Women’s contributions to candidates and parties

25% of all state legislators are women. Of those, 61% are Democrats. 70% of the more than 2,800 women running for statehouses are Democrats.

All the President’s Men

Trump can blame women for his historic unpopularity. As of mid-October, his approval rating was less than 50 percent with almost every subgroup of women.

Millennial registered voters who identify as…

Women with campaign ads in 2018 in which they breastfed their babies: 2

Nearly half of female Democratic House candidates are challenging incumbents. 97% of House incumbents were reelected in 2016.