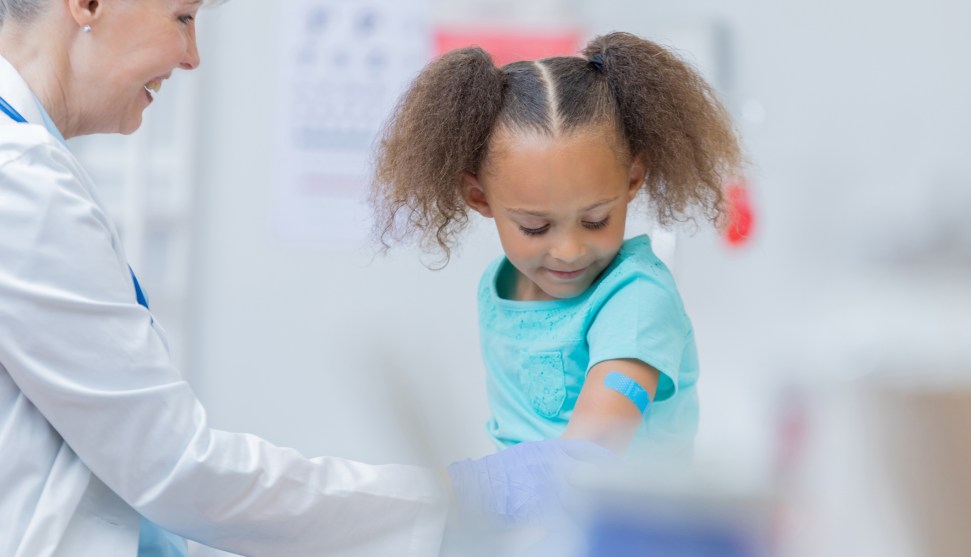 At least 179 American children died of flu last year, the highest since 2004, when doctors began reporting confirmed influenza cases to federal authorities. Despite that record number, about one-third of parents in a new poll by the University of Michigan’s C. S. Mott Children’s Hospital said they didn’t intend to vaccinate their children against the influenza virus this season.

Parents underestimate the dangers, especially if their kids are in good health, but half of the kids who die of flu are otherwise healthy.

That figure doesn’t surprise Sarah Clark, the poll’s co-director and an associate research scientist in the university hospital’s pediatrics department. Over the last few years, the flu vaccination rate for American kids has held steady at around 60 percent.

But Clark was taken aback by what she calls an “imbalance of information.” Parents who planned to skip the shots reported hearing seven times more negative messages about flu vaccines than those who planned to get the shots, and the shot skippers also didn’t recall their pediatricians strongly recommending the vaccine. Parents who decided not to vaccinate, she told me, “are stuck in this situation where they’re not getting a full picture. It’s hard to realize you’re a deficit if you don’t have enough information.”

One reason for the ignorance, Clark says, might be that the flu shot is more confusing than most vaccines. Its effectiveness varies widely, because each year’s formulation is based on scientists’ best guess about which of the many flu strains will be the most common ones circulating, and parents may therefore believe it’s not worthwhile.

Most parents also underestimate the seriousness of the flu, especially if their children are in good health—but half of the kids who die from the flu are otherwise healthy. Some people also claim flu shots can cause the flu. (That’s false—the mild fever and cold symptoms it can cause are a result of the immune system building up its defenses by creating flu antibodies.) What’s more, people use the word “flu” as a catch-all for any and all winter illnesses—very few of which are actually the serious influenza viruses the shots can prevent.

Because of all these misconceptions, Clark emphasizes the important role of healthcare providers in explaining the benefits of the shot to parents. Pediatricians might point out, for example, that kids who have been vaccinated and still get the flu have milder cases than non-vaccinated children. But only about half the poll respondents recalled their child’s doctor recommending the vaccine. “I think if providers aren’t willing to take a little time to work with parents, that’s how we end up in this situation,” Clark says.

Parents who skip kids’ flu shots are playing the odds: “I wouldn’t take a risk like that.”

Part of the problem may be that parents simply forget about their pediatrician’s flu shot recommendation. This is a well-documented phenomenon called confirmation bias, wherein people tend to recall only information that supports beliefs they already hold. That’s one potential weakness of the poll, says Flor Muñoz-Rivas, an associate professor of pediatric infectious diseases at Texas Children’s Hospital and Baylor College of Medicine, who wasn’t involved in the survey. Muñoz-Rivas also points out that the poll’s sample size, about 2,000 respondents, was relatively small, so it’s hard to tell whether factors such as race, ethnicity, socioeconomic status, and education level skewed the results.

Muñoz-Rivas nevertheless echoed the important role of pediatricians in conveying accurate information. “I wonder how many of these parents who responded understand what ‘efficacy’ means,” she says.

The poll results were announced shortly after a North Carolina school reported an outbreak of chickenpox, a disease for which a vaccine has been available for many years. As they do with flu, parents often underestimate the severity of chickenpox—but the Centers for Disease Control and Prevention emphasize that chickenpox can sometimes be dangerous.

The dangers of flu are also real, Muñoz-Rivas emphasizes, and parents who forego their children’s flu shots should be aware of that. “They’re going to be taking a risk,” she says. “I wouldn’t take a risk like that.”