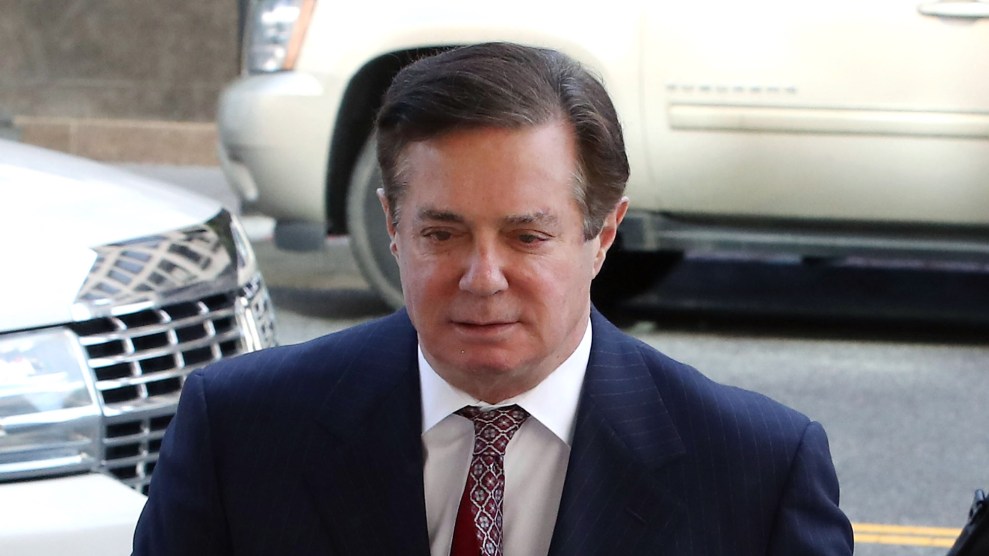 “After signing the plea agreement, Manafort committed federal crimes by lying to the Federal Bureau of Investigation and the Special Counsel’s Office on a variety of subject matters, which constitute breaches of the agreement,” prosecutors say in the filing.

The filing means that Manafort, unless he starts talking fast—and honestly—may swiftly receive a sentence that puts him in federal prison for the rest of his life. Manfort was found guilty tax evasion and other charges in federal court in Virginia in August. The following month, he pleaded guilty to money laundering, illegal lobbying, and conspiracy charges in federal court in Washington and agreed to a deal predicated on answering “fully, truthfully, completely and forthrightly” questions of interest to the government. His sentencing had been delayed while he cooperated with the investigation, but now that he’s violated the deal, it’s likely he’ll be sentenced shortly.

Prosecutors did not describe on Monday exactly how Manafort allegedly lied, though they said they will file “a detailed sentencing submission to the Probation Department and the Court in advance of sentencing that sets forth the nature of the defendant’s crimes and lies, including those after signing the plea agreement herein.”