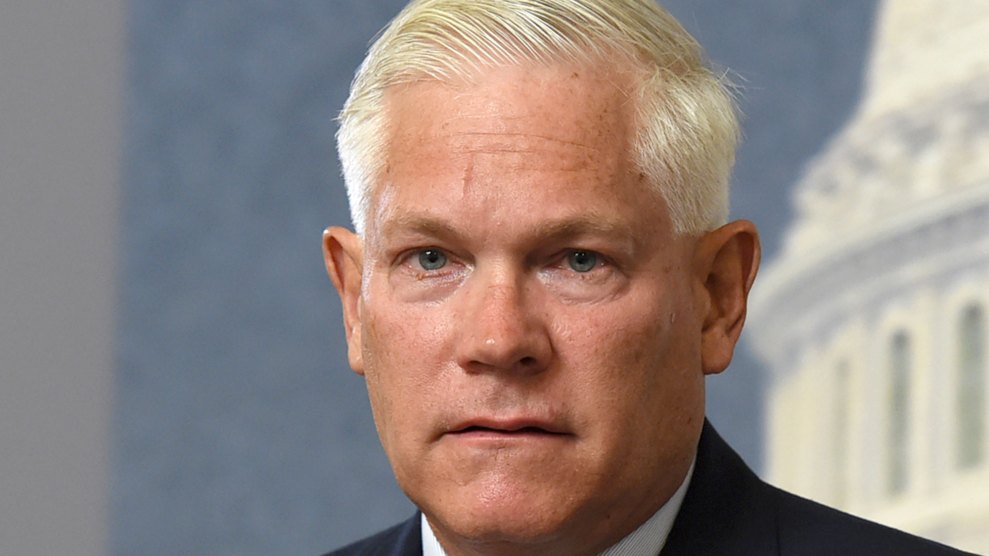 In a hotly-contested House race marked by mountains of outside cash from national groups, Colin Allred, a former NFL player turned civil rights attorney, defeated 11-term incumbent Pete Sessions to take Texas’ 32nd district, according to NBC News and CBS News. The victory removes one of the most powerful Republicans in Congress; Sessions most recently chaired the House Rules Committee and he was crucial to the GOP takeover of the House in 2010.

The suburban north Dallas district has been a top target for Democrats since Hillary Clinton won it by almost two points in 2016 and the race has been tight since Allred emerged from a competitive Democratic runoff in May. A recent New York Times/Siena College poll gave Allred a four-point lead over Sessions—a departure from the one point lead Sessions held in a September Times poll. Cook’s Political Report and other prognosticators deemed the race a “toss-up.”

Cal Jillson, a political science professor at Southern Methodist University, told Mother Jones ahead of Tuesday’s results that an influx in Latino residents, matched with a drop in white residents, made the once relatively safe red district more competitive, just like in the rest of Texas. He says that there was a sense that Sessions, as he emerged in House Republican leadership, had been less engaged and present in the district, making the incumbent more vulnerable to a challenge.

“In a good Republican year, Pete is untouchable. But in a year where everyone is saying a year in advance that it’s going to be a good Democrat year and Hillary Clinton won the district, any qualified Democrat who wants to be a member of Congress is going to take a close look of making that race,” Jillson says. “That’s what has happened here.”

“In a good Republican year, Pete is untouchable. But in a year where everyone is saying a year in advance that it’s going to be a good Democrat year … that’s what happened here.”

Sessions is considered one of the most conservative members of the House and earned the endorsement of President Donald Trump. It was clear Republicans were starting to sweat the outcome of the race this fall; a month before the general election, Vice President Mike Pence rallied in north Dallas on behalf of Sessions and Sen. Ted Cruz and told supporters that the road to the Democratic majority “comes right through Pete’s district.” He noted that Sessions and Allred were the “polar opposite in every way.” Donald Trump Jr. also held a fundraiser for Sessions last month.

Allred ran a grassroots campaign, relying heavily on his personal narrative as a way to galvanize support in a changing district. “It’s a North Texas story,” he told the Dallas Morning News. Raised by a single mother, Allred grew up in the district and played four seasons in the NFL before an injury derailed his career. After graduating from Berkeley Law School, he worked a short stint at the Department of Housing and Urban Development under President Barack Obama, before he returned to Texas and worked with former Democratic state Sen. Wendy Davis during her run for governor.

Allred earned endorsements from Obama and outgoing Dallas Mayor Mike Rawlings, causing a brief stir with Sessions who saw the mayor’s support as a “loss of the friendship.” (Rawlings told the Dallas Morning News that he and Sessions weren’t close.)

Health care became a central issue in the race, as Allred—who in January tweeted that he supported “Medicare for all”—touted his support for a government-funded option that brings affordable health insurance to more people, drawing criticism from Sessions’ camp that he wanted “completely government takeover of health care.” Sessions and company also tried to frame Allred as a confidant of Nancy Pelosi who was “too liberal for Texas” and who would raise taxes for Texans. Allred, meanwhile, hit back, describing Sessions as out of touch with the district he’s represented for two decades, having tried to take health care protections away from people by voting to repeal the Affordable Care Act. In one ad, Allred’s campaign revived a clip from a contentious March 2017 town hall, following an Obamacare repeal vote, in which the congressman was shouted down by angry constituents. Sessions’ response: “I understand why you’re so frustrated. You don’t know how to listen.”

Outside groups on both sides flooded the race with more than $14 million in spending. In just the week leading up to the election, Democrats spent more than $5 million on ads, $1.4 million of which was from former New York City mayor Michael Bloomberg, the Dallas Morning News reported. Meanwhile, groups supporting Sessions, including Paul Ryan’s Congressional Leadership Fund, spent nearly $6 million over the campaign. The Trump-aligned America First Action PAC was responsible for more than half of that, spending more here than it did on any other race in the country.

The road to the Democratic majority “comes right through Pete’s district.”

In early October, Sessions, like other vulnerable Republican congressional candidates this year, tried to shift the narrative of the race, introducing a non-binding resolution to support preserving protections for pre-existing conditions.

During their final debate more than two weeks before the election, Allred and Sessions diverged on key issues, including health care and immigration. Sessions supported Trump’s proposal to build a wall and accused a caravan of Central American migrants of attempting to “take advantage of America.” Allred called for immigration reform, noting that Trump’s proposal to build a wall was an “ineffective” solution and “waste of money.”

When the moderator asked whether Sessions’ health care plan would include protections for people with pre-existing conditions, Sessions said it would, noting that he had a son with Down Syndrome. His plan hasn’t gotten a vote in Congress. Allred called Sessions out for his past votes to repeal Obamacare and called the congressman’s apparent posturing the “height of cynical politics,” adding, “The people of North Texas deserve better than that.”