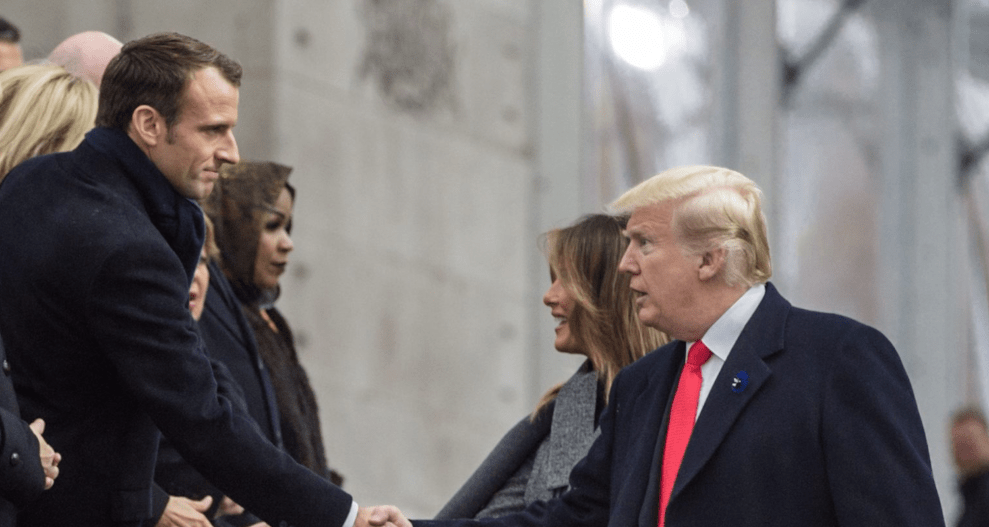 In a string of Tuesday morning tweets, President Donald Trump tore into French President Emmanuel Macron, appeared to mock France for both its World War losses, and accused the French of both engaging in unfair trade practices and being “more Nationalist” than any other country in the world.

The diatribe concluded with the president defending his internationally condemned decision to skip a ceremony honoring fallen American World War I soldiers as a part of the 100th anniversary of Armistice Day on Saturday. Trump appeared to lay the blame on Secret Service officials for the decision.

Together, the tweets emerged as a presidential response to a speech by French President Emmanuel Macron on Sunday in which he denounced nationalism as a “betrayal of patriotism.” The remarks were widely seen as a veiled rebuke of Trump’s very public embrace of nationalism.

Many noted that Trump’s tweets on Tuesday came on the third anniversary of the 2015 Paris attacks that killed 130 people in a span of three hours.

Emmanuel Macron suggests building its own army to protect Europe against the U.S., China and Russia. But it was Germany in World Wars One & Two – How did that work out for France? They were starting to learn German in Paris before the U.S. came along. Pay for NATO or not!

The problem is that Emmanuel suffers from a very low Approval Rating in France, 26%, and an unemployment rate of almost 10%. He was just trying to get onto another subject. By the way, there is no country more Nationalist than France, very proud people-and rightfully so!……..