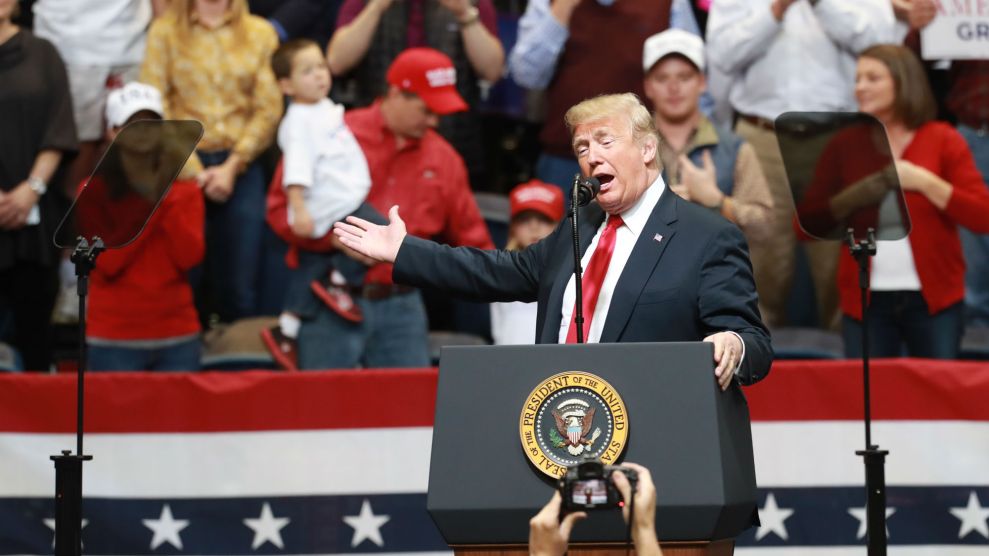 Despite a number of races that were still too close to call, one thing was clear by late on Tuesday night: though Republicans had kept their Senate majority, after eight years in the minority, Democrats had won back control of the House. This victory sets up a new landscape in Washington that all but guarantees that the Trump administration will be subject to unprecedented oversight and investigations.

The president, however, had a different take on the House win and seemed to be avoiding this reality in a fusillade of tweets late Tuesday and early Wednesday morning. Trump repeatedly referred to the Midterm elections as a “tremendous” and “incredible” success, insisting that media not giving Republicans credit for this victory are “fake news.”

Tremendous success tonight. Thank you to all!

Received so many Congratulations from so many on our Big Victory last night, including from foreign nations (friends) that were waiting me out, and hoping, on Trade Deals. Now we can all get back to work and get things done!

Those that worked with me in this incredible Midterm Election, embracing certain policies and principles, did very well. Those that did not, say goodbye! Yesterday was such a very Big Win, and all under the pressure of a Nasty and Hostile Media!

I will be doing a news conference at The White House – 11:30 A.M. Will be discussing our success in the Midterms!

To any of the pundits or talking heads that do not give us proper credit for this great Midterm Election, just remember two words – FAKE NEWS!

The president also threatened Democrats with payback should they try to launch House investigations: “Two can play that game!” he tweeted.

If the Democrats think they are going to waste Taxpayer Money investigating us at the House level, then we will likewise be forced to consider investigating them for all of the leaks of Classified Information, and much else, at the Senate level. Two can play that game!

Trump also urged the new Democratic House majority to make Rep. Nancy Pelosi  (D-Calif.) the House speaker, since it will all but guarantee more votes for Republicans in the future.

In all fairness, Nancy Pelosi deserves to be chosen Speaker of the House by the Democrats. If they give her a hard time, perhaps we will add some Republican votes. She has earned this great honor!