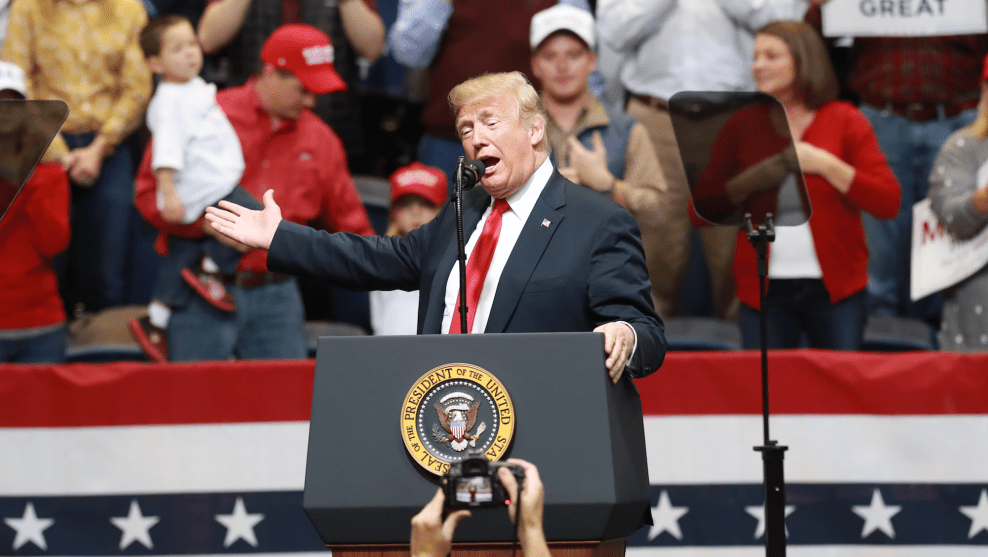 On the eve of the midterm elections, President Donald Trump said he had ordered law enforcement officials to monitor the virtually nonexistent problem of voter fraud, warning that “maximum criminal penalties” would be leveled against anyone found attempting to cast a ballot illegally.

The threat Monday resurrects a favorite talking point for Trump, who has repeatedly and falsely claimed that “millions of people” voted illegally in the 2016 election. After creating a voter fraud commission to investigate the baseless assertion, the president abruptly shut it down in January amid bipartisan opposition to its efforts, which included demanding every state turn over sensitive voter data.

The president’s announcement Monday is unlikely to lead authorities to catch many people voting fraudulently, but it could intimidate voters who are uncertain of their registration status into staying home. It comes amid national attention on several closely watched races, including gubernatorial contests in Kansas and Georgia, where Republicans have been accused of implementing widespread voter suppression efforts aimed at depressing the minority vote.

Directly before his “illegal voting” warning Monday, Trump told Republicans not to “fall for the Suppression Game,” in a tweet that also attacked the media. It wasn’t entirely clear what he meant by the tweet.

Law Enforcement has been strongly notified to watch closely for any ILLEGAL VOTING which may take place in Tuesday’s Election (or Early Voting). Anyone caught will be subject to the Maximum Criminal Penalties allowed by law. Thank you!

So funny to see the CNN Fake Suppression Polls and false rhetoric. Watch for real results Tuesday. We are lucky CNN’s ratings are so low. Don’t fall for the Suppression Game. Go out & VOTE. Remember, we now have perhaps the greatest Economy (JOBS) in the history of our Country!