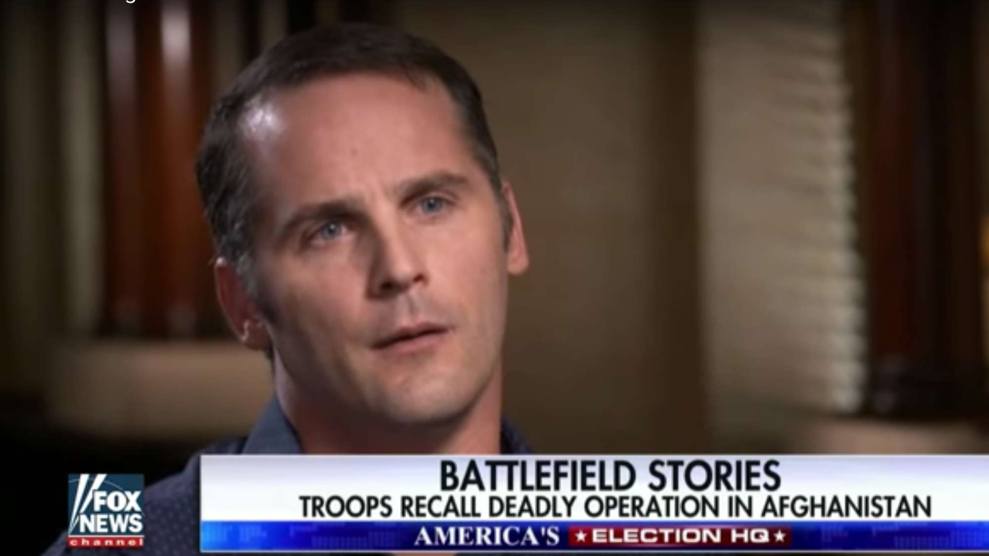 Matthew Golsteyn admitted to the killing in a 2016 interview.

Early Sunday morning, President Donald Trump sent a tweet promising to examine the case of an Afghanistan war veteran who earlier in the week was charged with murder by Army prosecutors.

The charges date back to 2010, when Maj. Matt Golsteyn was deployed with a unit fighting near Marja. Three Marines he was working with were killed by a booby trap bomb. In a 2016 interview with Fox News, Golsteyn, a Green Beret, described apprehending a man he believed to be the bomb maker and killing him, even though, according to Fox News, superiors had ordered him released on a lack of evidence.

Golsteyn’s actions were first investigated at least as early as 2011. In 2014, an inquiry closed without formal charges, but Golsteyn was stripped of a combat medal, kicked out of the special forces, and found to have engaged in conduct unbecoming of an officer. Another investigation was opened late in 2016 following his Fox appearance.

Golsteyn’s case has previously been championed by a handful of prominent veterans, including Rep. Duncan Hunter (R-Calif.), who wrote a 2015 op-ed arguing that Golsteyn’s punishments were “no way to treat one of America’s top soldiers.” In August, federal prosecutors charged Hunter with campaign finance violations, alleging, among other infractions, that Hunter and his wife discussed a scheme to officially report a personal clothing purchase as an expenditure meant to benefit wounded veterans.