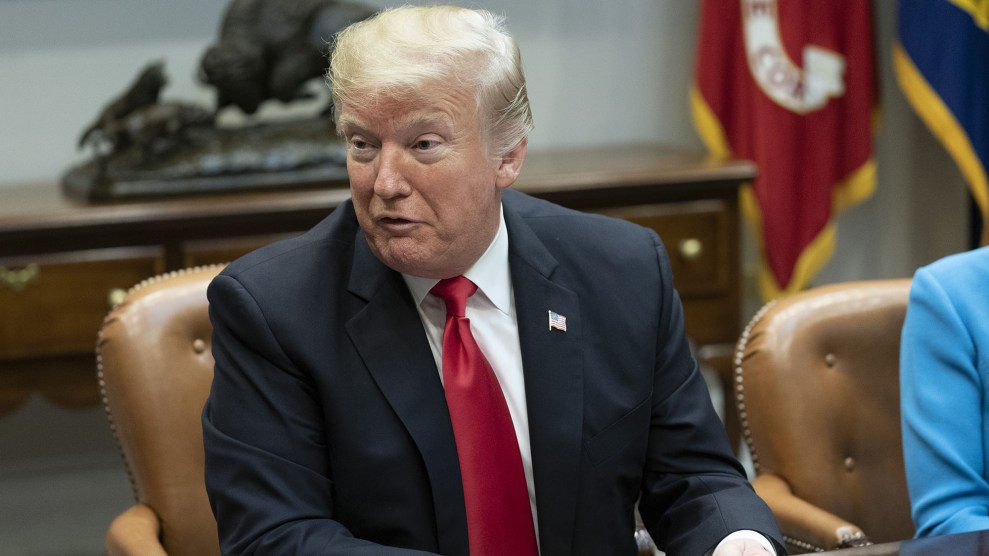 On the seventh day of the partial shutdown of the federal government, President Donald Trump signed an executive order that will make life even harder for federal workers. On Friday, Trump issued a new rule that freezes a planned 2.1 percent raise for federal workers that was scheduled to kick in at the start of 2019. Now, federal workers’ salaries will remain flat next year.

Trump’s new executive order comes as 800,000 federal employees are not receiving paychecks—some because they’ve been sent home on furlough, but many required to still be working their jobs as normal, just without receiving an income. Also on Friday, the Trump administration offered federal workers a sample letter to send to their landlord if they have trouble paying rent thanks to the shutdown.

Trump’s decision to freeze the pay increase predates the shutdown, with the administration announcing its opposition to the raises earlier this year. Still, the timing of the change during the middle of the shutdown might make life harder for employees who had planned for that promised raise. “It is shocking that federal employees are taking yet another financial hit,” Tony Reardon, president of the National Treasury Employees Union, said of Trump’s latest move. “As if missed paychecks and working without pay were not enough, now they have been told that they don’t even deserve a modest pay increase.”