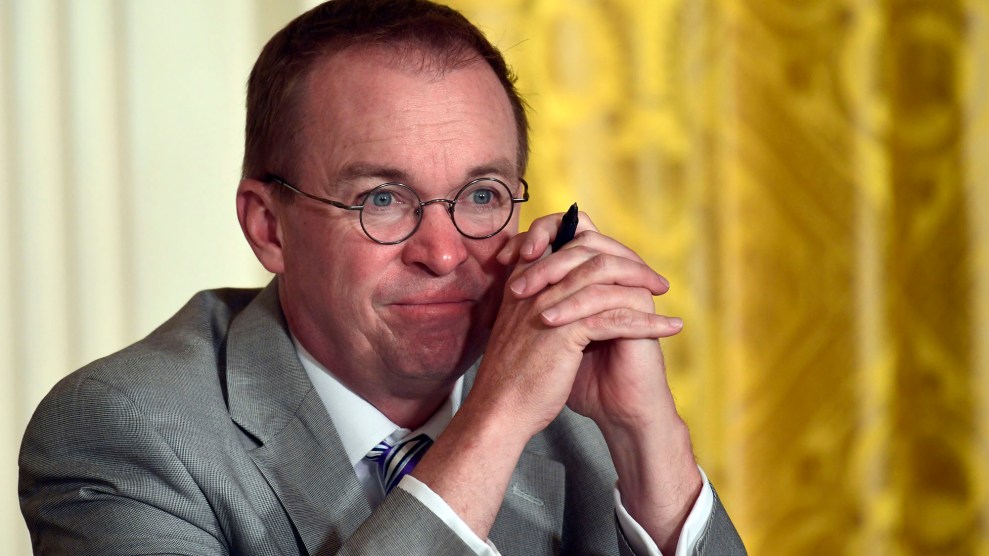 President Donald Trump announced via Twitter on Friday that Mick Mulvaney will replace John Kelly as acting chief of staff.

I am pleased to announce that Mick Mulvaney, Director of the Office of Management & Budget, will be named Acting White House Chief of Staff, replacing General John Kelly, who has served our Country with distinction. Mick has done an outstanding job while in the Administration….

Mulvaney, a former Republican congressman from South Carolina, has been serving as the director of the Office of Management and Budget in the Trump administration. Recently, he had taken on a position as interim head of the Consumer Financial Protection Bureau, “diluting a number of tools aimed at robust supervision of the financial industry.”

The White House announced earlier this week that Kelly would be departing the White House, which came as no surprise—rumors of tension between Trump and Kelly have been swirling for months. Still, in the tweet, Trump called Kelly a “great patriot.”

Since the chief of staff vacancy was announced, Trump has struggled to fill the position—Nick Ayers, Vice President Mike Pence’s chief of staff and Trump’s rumored top choice, declined the job.

In a tweet, Mulvaney called the appointment “a tremendous honor.”

This is a tremendous honor. I look forward to working with the President and the entire team. It’s going to be a great 2019! https://t.co/X4gauBOg1d

It’s unclear how long this appointment will last and who will be named permanently to the position.