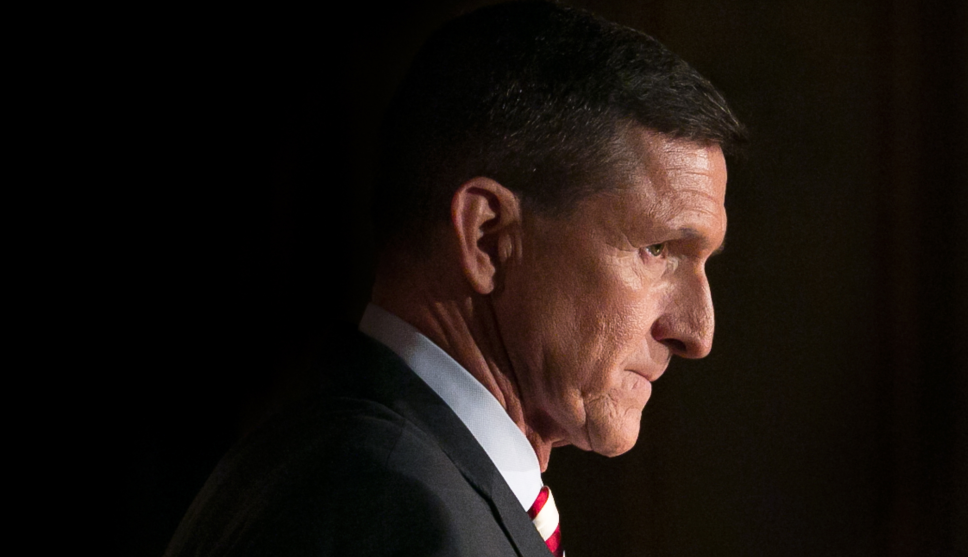 President Donald Trump offered a message of “good luck” to Michael Flynn, his former national security adviser who pleaded guilty to lying to the FBI about his contacts with Russian officials, on Tuesday morning, just hours before Flynn was scheduled to be sentenced in federal court.

Trump also openly expressed curiosity over what more Flynn may have to tell investigators—a line many interpreted as yet another stunning effort by the president to potentially tamper with a witness in the special counsel’s ongoing probe.

Good luck today in court to General Michael Flynn. Will be interesting to see what he has to say, despite tremendous pressure being put on him, about Russian Collusion in our great and, obviously, highly successful political campaign. There was no Collusion!

The tweet comes amid increasing legal jeopardy for the president after his former personal attorney Michael Cohen was sentenced to three years in federal prison, having implicated Trump in a hush-money scheme. (In his latest attack against Cohen, Trump on Sunday angrily branded Cohen a “rat.” In direct contrast, Trump had previously praised his longtime political adviser Roger Stone for his public statements refusing to testify against the president.)

Trump’s “good luck” message has once again shocked legal experts, many of whom denounced the tweet Tuesday:

It's the United States of America versus a convicted felon, and the President is wishing good luck in court to the felon. https://t.co/UM4zbg4PRU