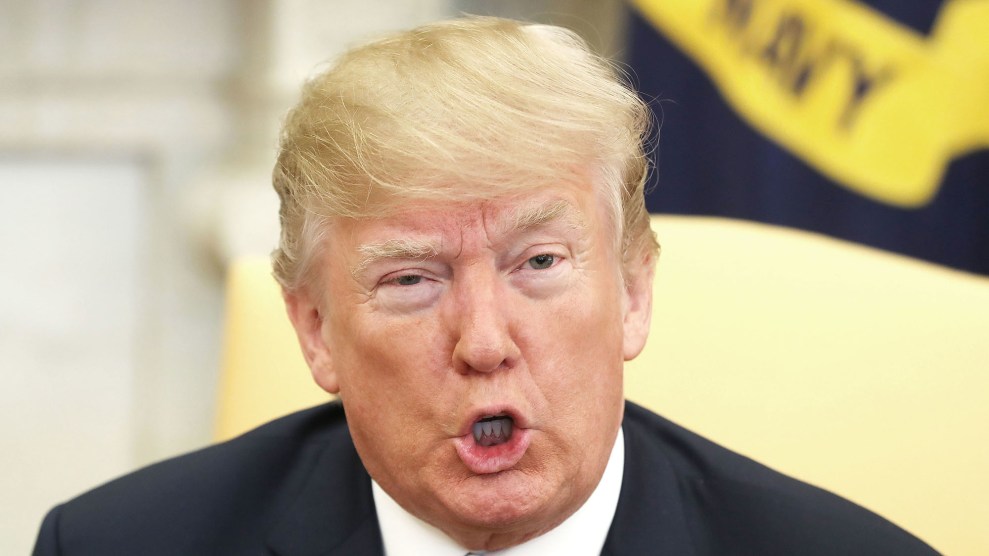 Two children, aged 7 and 8-years-old, died this month while in Border Patrol custody. On Saturday, President Donald Trump offered his first response to the deaths, but rather than offering condolences he lashed out and blamed Democrats for not funding his wall, while trying to absolve his administration of any responsibility by calling the children “very sick before they were given over to Border Patrol.”

Any deaths of children or others at the Border are strictly the fault of the Democrats and their pathetic immigration policies that allow people to make the long trek thinking they can enter our country illegally. They can’t. If we had a Wall, they wouldn’t even try! The two…..

…children in question were very sick before they were given over to Border Patrol. The father of the young girl said it was not their fault, he hadn’t given her water in days. Border Patrol needs the Wall and it will all end. They are working so hard & getting so little credit!

The two children from Guatemala, Jakelin Caal Maquin, 7, and Felipe Gómez Alonzo, 8, died this month while in Border Patrol custody in New Mexico. Caal’s father has refuted the Trump administration’s claim that his daughter had not been drinking water in the days before Border Patrol took her into custody.

Their deaths have raised questions about the health conditions of holding facilities and the lack of medical care available to migrants. They have also brought more attention to the pervasive and underreported problem of migrant deaths. Border Patrol has counted more than 7,000 deaths along the border since 2000, a figure that likely dramatically underestimates what has actually occurred. As the border has become harder to cross, deaths have climbed along the desert journey, often from exposure and dehydration.

But Trump is linking the deaths to his demand to fund a wall, a stalemate that predicated the now eight-day government shutdown.

Adam Isacson, a expert on Mexico and director of the defense oversight program at the Washington Office on Latin America, recently explained to Mother Jones how Trump’s immigration policies risk more migrant deaths. He pointed to Trump’s policy to require migrants to wait in Mexico while their applications for asylum in the US are pending. It has nothing to do with the wall:

If you’re looking at three years in Mexico, you’ll probably have fewer people approaching [Customs and Border Protection], approaching Border Patrol. You’re going to have many more people taking their children through the most remote parts of the desert and trying to evade capture instead of doing what they’re doing now, which is going up to a Border Patrol agent. I worry that instead of just young men trying to evade capture, you’re going to see three-year-olds with their parents trying to do the same thing. It’s just not going to work. People are going to die of dehydration and exposure.