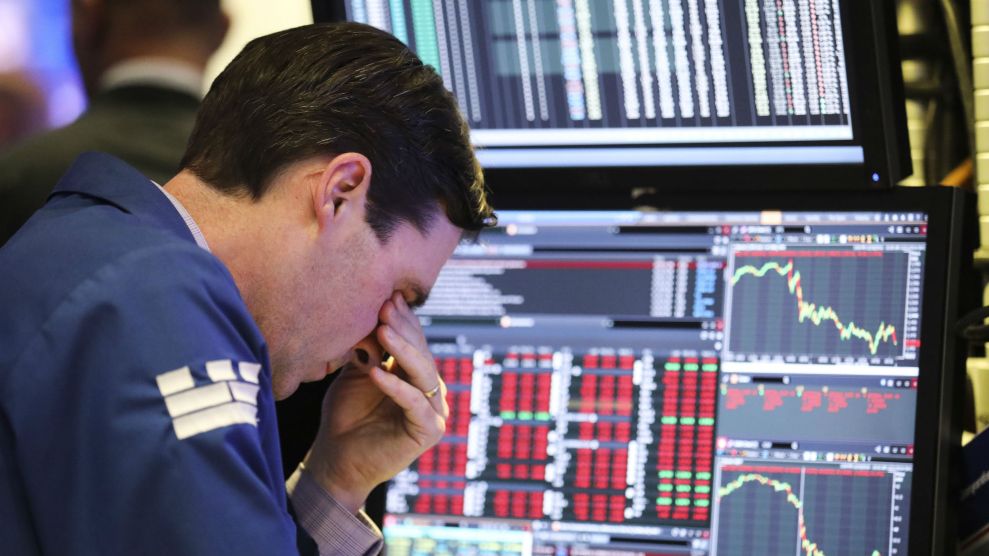 This week marked the one-year anniversary of President Donald Trump’s crowning legislative achievement: a $1.5 trillion tax cut, supported by a GOP Congress that assured the American people the overhaul would boost economic growth to record levels.

Instead, the Tax Cuts and Jobs Act’s first birthday was marked by turmoil on Wall Street as stocks tumbled, ushering in the worst week for the markets since the Great Recession began in 2008.

On Thursday, more than 3,000 stocks listed on the New York Stock Exchange hit their lowest values in a year—the most in a single day since October 2008, when the stock market crashed, ushering in the financial crisis. On Friday, the Nasdaq sank to a 15-month low, the S&P 500 to its lowest level since August 2017, and the Dow to its lowest since October 2017. By the end of the week, stocks had lost about $2.05 trillion in value.

The New York Times explained that among these plummeting numbers was an ominous milestone. The Nasdaq, which is filled with tech companies like Facebook and Google, hit what’s called a “bear market,” when stock prices see a downturn of 20 percent or more within a two-month timeframe. As the Times explained:

Bear markets in stocks are rare but have the power to spread gloom through the economy. In the last 20 years, there have been only two—one that began with the financial crisis in 2007, and the other that started with the dot-com bust in 2000.

With a partial government shutdown in effect since late Friday night, political instability is likely to continue fueling worries on Wall Street. “It’s harder than ever for the market to know where the right places even just to hide in 2019 might be,” Mark Kelly, chief executive of Olivetree, a London-based brokerage firm and consultancy, told the Financial Times. “It has been the political unpredictability in recent months and years that led us to where we now are.”