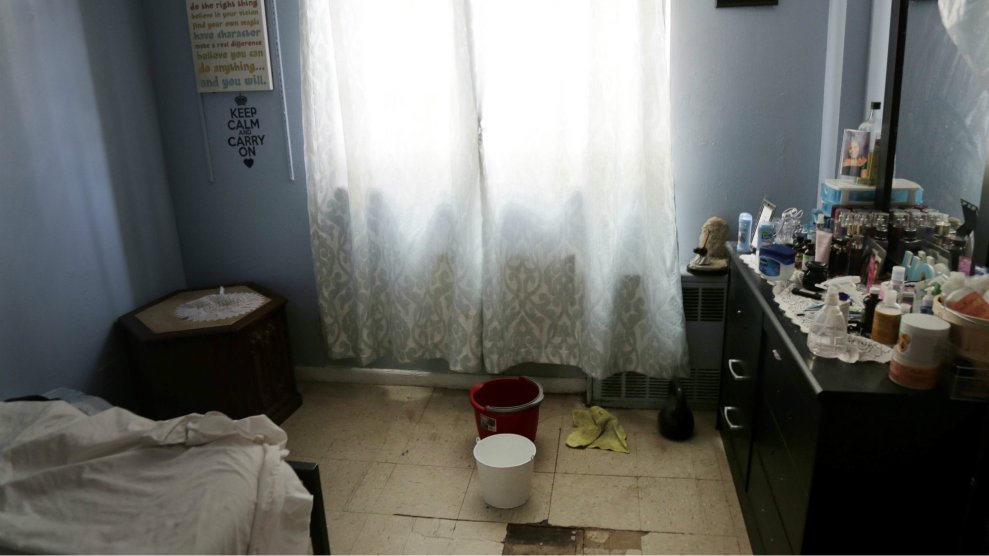 Lynne Patton, the Department of Housing and Urban Development official who was once a Trump family event planner, earned headlines and snark when she announced in November that she was going to move into public housing administered by the New York City Housing Authority. Patton, HUD’s regional administrator who oversees New York and New Jersey, said the goal was to bring attention to the plight of the 400,000 New Yorkers living in public housing.

Patton was scheduled to leave her cushy home at Trump Plaza and move into an NYCHA building sometime in January. On Monday, however, she conveniently announced that January 7 was originally move-in day, but because of the partial government shutdown, she’d have to stay put. The shutdown, which began over President Donald Trump’s demand for funding for the border wall, is on its 16th day, and has left a slew of agencies shuttered and 800,000 federal employees furloughed or working without pay.

Today I was slated to move into @NYCHA. Due to the shutdown, I cannot until it is lifted. The Anti-Deficiency Act (31 USC 1341) prohibits federal officials from performing certain duties. The move-in is considered acting in my official capacity. Look forward to a new start date! pic.twitter.com/5pt2r55nck

NYCHA has been languishing for decades. Residents are consistently without heat and running water, and many of the 2,400 buildings are in a constant state of disrepair. Currently, NYCHA needs $31.8 billion over five years to make all the necessary repairs.

“It was not okay for me to preside over the largest housing crisis in the nation from the warmth and comfort of my own safe and sanitary apartment while NYCHA residents continue to suffer the most inhumane conditions,” Patton told the Washington Post in November. Patton largely placed the blame on housing authority officials who she said were inept and indifferent to the residents’ suffering.

Like many housing agencies across the country, NYCHA could be in serious trouble if the shutdown continues for as long as Trump and others have suggested. “We have enough cash flow to get us a few weeks,” New York Mayor Bill DeBlasio said in December. “But if it goes a month or more, we’re going to have some very tough choices to make.”