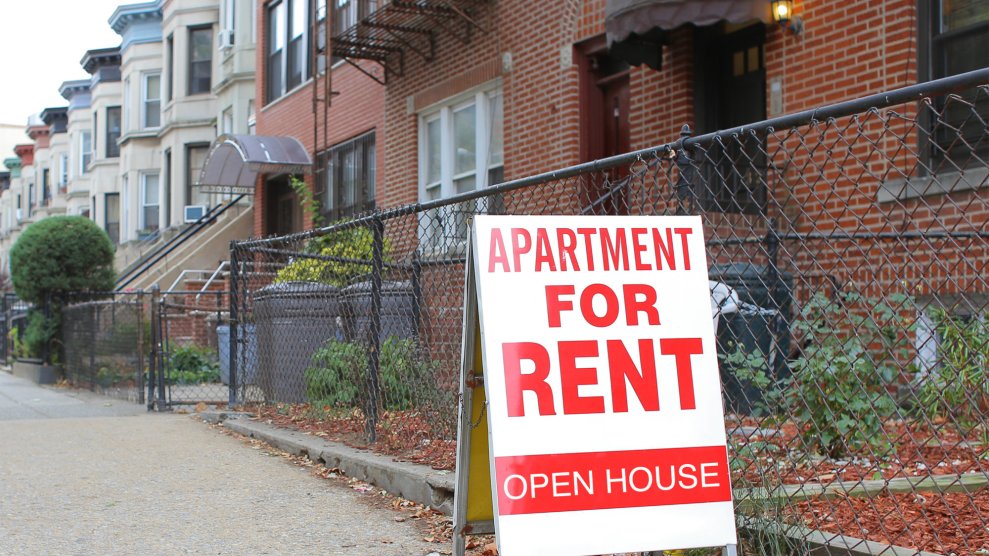 During the government shutdown, in which 800,000 federal workers worked without pay or were furloughed for five weeks alongside 1.2 million federal contractors, the Department of Housing and Urban Development was shuttered, with 95 percent of its staff furloughed. The effects reverberated throughout the country.

“There are literally thousands of locally based organizations that are going to go out of business,” Lisa Rice, the CEO and president of the National Fair Housing Alliance, said last week. “Fair-housing organizations’ funding has been cut off. They’re wondering, ‘Do I pay my rent or my staff?'”

The federal government through HUD can accept housing discrimination complaints from anyone who feels they’ve been a victim, no matter if they live in government-subsidized housing or not. Often, HUD partners with state and local government agencies or nonprofit fair-housing organizations to respond to these claims. These nonprofit organizations have yearly government contracts, which they invoice for the services they provide every month. In fiscal year 2017, HUD and state agencies received more than 8,186 complaints, including one instance where a California apartment complex owner made racist comments about Latino families living in the building and barred their children from playing outside. Nonprofit fair-housing groups addressed more than 20,000 complaints. Nonetheless, advocates say, housing discrimination complaints are vastly underreported. “The general public doesn’t understand their fair-housing rights,” says Rice.

But because of the shutdown, “if you’re in a situation or you have a particular issue with a landlord, nothing is happening with your complaint,” Claudia Aranda, a senior research associate at the Urban Institute, told Mother Jones. “There is already so much need for enforcement—even when the government is open, people are waiting.”

Across the country, small fair-housing nonprofit organizations were struggling to keep their doors open because of the shutdown. The lone fair-housing group in Indiana, the Fair Housing Center of Central Indiana (FHCCI), opened in 2011 and primarily serves the 24 counties that make up the central region of the state. In 2017, the organization opened up 84 new housing discrimination cases. Some are still pending, but in several cases the organization helped residents come to a resolution. In one case, an Indianapolis resident filed a complaint with the FHCCI because her apartment complex would not allow them to build a wheelchair ramp for her husband, who has a physical disability. After receiving assistance from the FHCCI, the complex agreed to build the ramp.

The bulk of FHCCI’s annual budget of approximately $500,000 is made up of federal grants. The group was already struggling for funds after there was a delay in the request for proposals from HUD last year. But with most of the HUD employees unable to review critical forms concerning disbursing already-allocated grant money, the FHCCI was running out of resources. “There really isn’t an option for me to close the doors,” Amy Nelson, the organization’s executive director, says, explaining that the real “victims” have been those who come to her organization seeking help.

In middle Tennessee, fair-housing advocates who serve the region faced similar problems. “The organization will not close,” Kathy Trawick, the executive director at the Tennessee Fair Housing Council, says, “but I am looking at cutting hours.” The small organization is staffed by four people who took 300 calls about claims of housing discrimination and worked on 150 cases last year. “But if it continues for much longer…I may have to lay off all the staff,” Trawick continues. “I don’t want to. That’s my last resort.”

Eighty of last year’s complaints were on the basis of discrimination against people with disabilities, and with this lapse in funding, Trawick was concerned about how they’d get by. “I’m mostly concerned about the people who need reasonable accommodations, who need parking spaces, and the downstairs units,” she says. “I really worry about the people with mobility impairments who can’t even get in and out of their apartments.”

And Trawick predicts, “We won’t be able to help as many people this year as we did last year.” Before the shutdown, the organization took up cases from Davidson County, where Nashville is located, as well as the six surrounding rural counties. But because the organization only had one grant that covers Davidson County, during the shutdown, it could only take cases from there. “It makes me angry to tell people we can’t help them.”

Housing advocates are already criticizing the agreement to fund the government for three weeks. “[G]overning in three-week increments is unacceptable,” Diane Yentel, the president and CEO of the National Low Income Housing Coalition, said in a statement. “Three weeks isn’t enough time even for HUD…to catch up on all their missed work.”