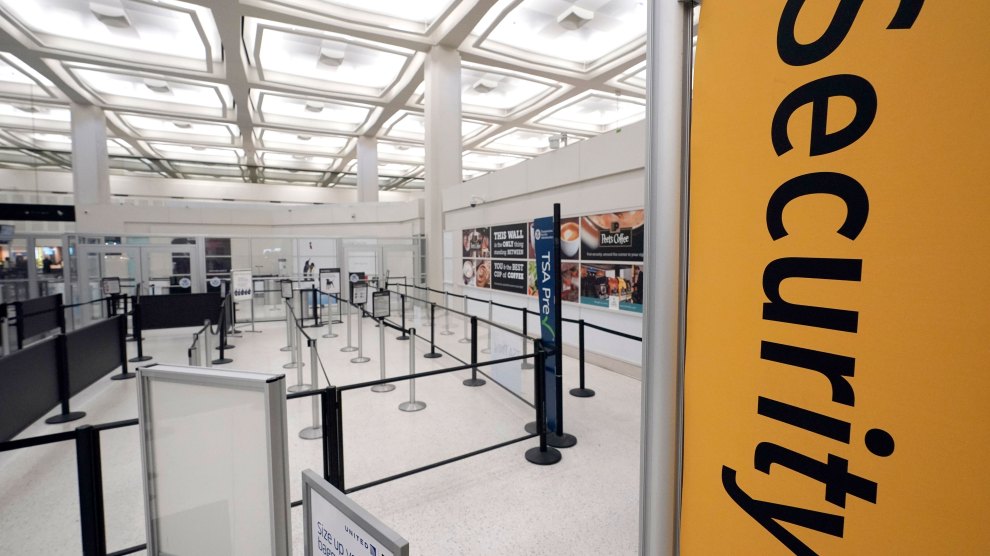 “It is unprecedented,” said the National Air Traffic Controllers Association, the Air Line Pilots Association, and the Association of Flight Attendants-CWA of the current situation. “This is already the longest government shutdown in the history of the United States and there is no end in sight. In our risk averse industry, we cannot even calculate the level of risk currently at play, nor predict the point at which the entire system will break.”

The government has been shut down for over a month as President Donald Trump attempts to push Democrats to fund a wall along the US-Mexico border, causing harm to federal workers and many more vulnerable Americans. Numerous agencies crucial to safety and travel are operating under severe strain, including, notably, the Transportation Security Administration.

Now, other aviation-industry workers are sounding the alarm. It’s worth reading the full statement from the unions:

“We have a growing concern for the safety and security of our members, our airlines, and the traveling public due to the government shutdown. This is already the longest government shutdown in the history of the United States and there is no end in sight. In our risk averse industry, we cannot even calculate the level of risk currently at play, nor predict the point at which the entire system will break. It is unprecedented.

“Due to the shutdown, air traffic controllers, transportation security officers, safety inspectors, air marshals, federal law enforcement officers, FBI agents, and many other critical workers have been working without pay for over a month. Staffing in our air traffic control facilities is already at a 30-year low and controllers are only able to maintain the system’s efficiency and capacity by working overtime, including 10-hour days and 6-day workweeks at many of our nation’s busiest facilities. Due to the shutdown, the FAA has frozen hiring and shuttered its training academy, so there is no plan in effect to fill the FAA’s critical staffing need. Even if the FAA were hiring, it takes two to four years to become fully facility certified and achieve Certified Professional Controller (CPC) status. Almost 20% of CPCs are eligible to retire today. There are no options to keep these professionals at work without a paycheck when they can no longer afford to support their families. When they elect to retire, the National Airspace System (NAS) will be crippled.

“The situation is changing at a rapid pace. Major airports are already seeing security checkpoint closures, with many more potentially to follow. Safety inspectors and federal cyber security staff are not back on the job at pre-shutdown levels, and those not on furlough are working without pay. Last Saturday, TSA management announced that a growing number of officers cannot come to work due to the financial toll of the shutdown. In addition, we are not confident that system-wide analyses of safety reporting data, which is used to identify and implement corrective actions in order to reduce risks and prevent accidents is 100 percent operational due to reduced FAA resources.

“As union leaders, we find it unconscionable that aviation professionals are being asked to work without pay and in an air safety environment that is deteriorating by the day. To avoid disruption to our aviation system, we urge Congress and the White House to take all necessary steps to end this shutdown immediately. “