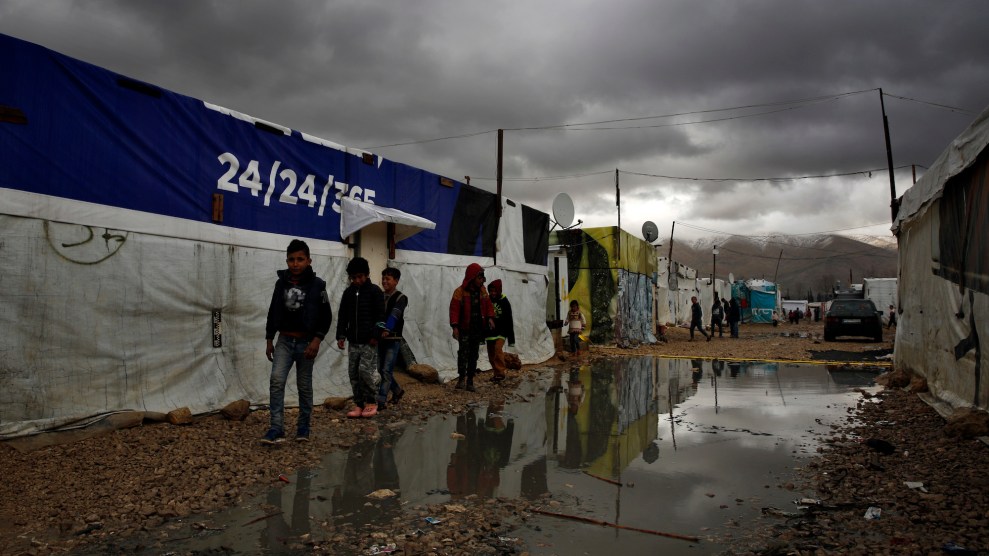 For the first time in more than three decades, the United States is not the world leader in resettling refugees. That title now belongs to Canada—a nation with fewer people than California.

Canada resettled more refugees than any other country in 2018, according to a new analysis from Robert Falconer, a researcher at the University of Calgary’s public policy school. It is the first time in the 72 years of modern refugee resettlement that Canada has taken the top spot.

In 2018, Canada took in far fewer refugees than it did in 2016. What’s changed is that President Donald Trump is cutting the number of refugees allowed into the United States to historic lows.

After the United States adopted the Refugee Act of 1980, it resettled more refugees than every other country in the world combined for more than 30 years in a row. That ended when the United States took in only 33,000 refugees in 2017, fewer than half of the 69,000 accepted by other countries, according to the Pew Research Center.