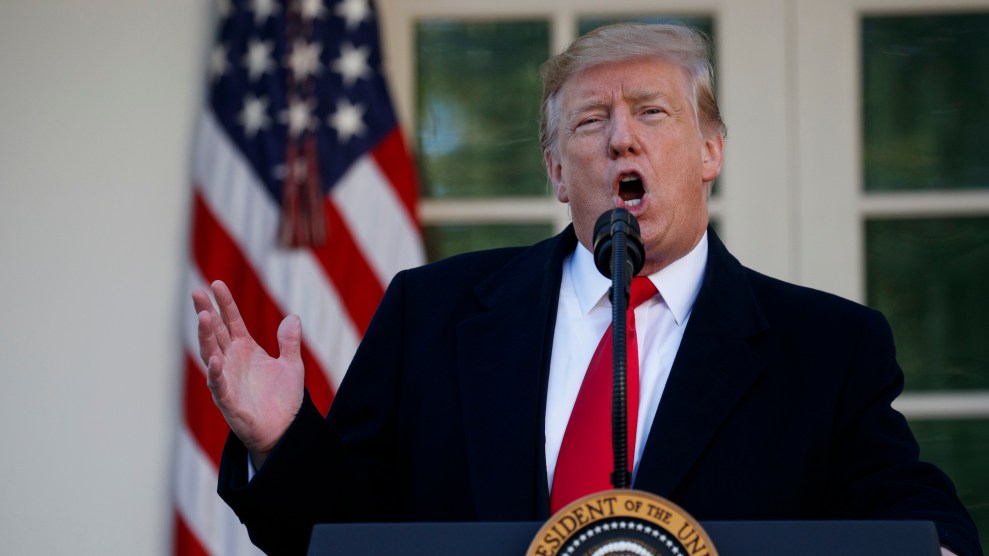 President Donald Trump made unfounded claims about Texas voters on Sunday morning, reiterating falsely that “voter fraud is rampant” across the United States—a claim he has made repeatedly during his campaign and two years in office. Trump tweeted, without evidence, that “58,000 non-citizens voted in Texas, with 95,000 non-citizens registered to vote.”

58,000 non-citizens voted in Texas, with 95,000 non-citizens registered to vote. These numbers are just the tip of the iceberg. All over the country, especially in California, voter fraud is rampant. Must be stopped. Strong voter ID! @foxandfriends

The numbers come from a Friday announcement by the Texas Secretary of State’s office, which advised county elections officials that it had compiled a list of 95,000 registered voters who, while applying for a drivers license or ID card at some point in the past, provided the Texas Department of Public Safety with documents indicating they were not US citizens. Of those identified, about 58,000 people cast a vote sometime between 1996 and 2018.

But it is unclear how many of the 95,000 people identified are actually noncitizens, according to the Texas Tribune. Some may have been naturalized since they applied for a driver’s license or an ID. And such discrepancies often stem from outdated state databases and other administrative errors, according to legal experts.

In its announcement, the Secretary of State’s office advised county officials that they should consider checking whether the voters identified in their county are US citizens, and it warned that the matches it was flagging should be considered “weak.” In the meantime, local elections administrators and registrars are barred from removing any of the identified people from the voting rolls.

Trump also said in his tweet that Texas was “just the tip of the iceberg,” further declaring: “All over the country, especially in California, voter fraud is rampant.” But studies consistently show that only an infinitesimal percentage of votes cast in US elections are fraudulent.

With his latest unfounded claims about voter fraud, Trump appears to have picked up on a Sunday morning segment on “Fox and Friends” that also mischaracterized the Texas stats.