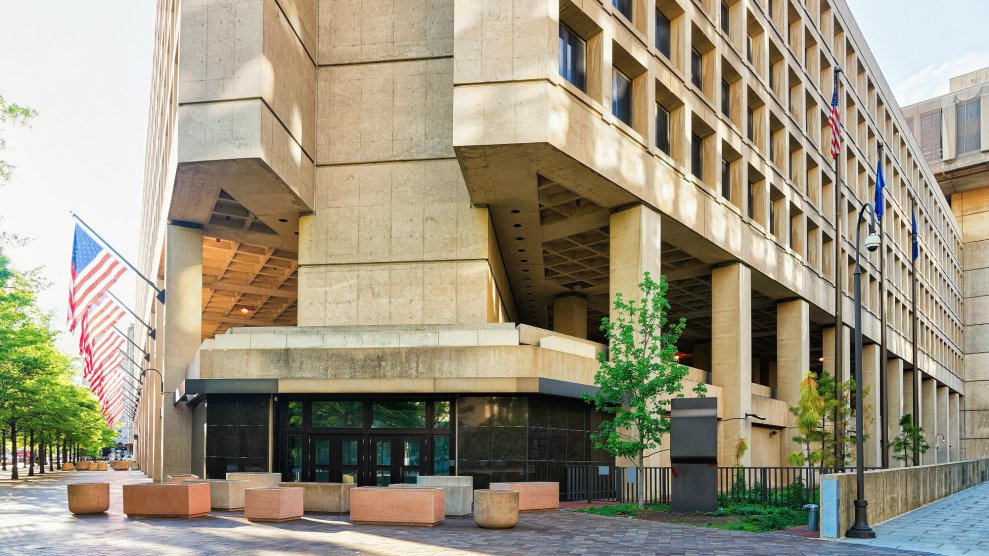 “We cannot even calculate the level of risk currently at play, nor predict the point at which the entire system will break,” read a statement from the heads of three aviation industry unions. “It is unprecedented.”

Due to the shutdown, Transportation Security Administration employees had been working without pay, part of roughly 800,000 employees across nine Cabinet departments who were not paid for the past six weeks. Last Sunday, about 10 percent of them called in sick, more than three times the amount who did so on a comparable day last year. This morning, the FAA halted flights into LaGuardia Airport in New York City amid ongoing staff shortages.

“The government shutdown does what Russia, China, Iran, terrorist groups, and transnational criminals all want to do: make American intelligence and security less effective,” says John D. Woodward Jr., a former CIA officer and Boston University professor who has written about the effect of government shutdowns on national security.

“The government shutdown does what Russia, China, Iran, terrorist groups, and transnational criminals all want to do: make American intelligence and security less effective.”

Meanwhile, thousands of staffers were furloughed across the Drug Enforcement Administration; the Bureau of Alcohol, Tobacco, Firearms and Explosives; the Coast Guard; and the FBI, while the lion’s share of those agencies continued working without pay. At the FBI, where a federal contingency plan indicates that all “agents and support personnel in the field are considered excepted from furlough,” daily casework had been blunted by delays and other workarounds to deal with the funding shortage. Some agents were not able to pay confidential informants or conduct training exercises. Routine investigative steps like testing forensic evidence or obtaining a subpoena were made substantially more difficult. The bureau’s internship program was reportedly canceled.

The FBI Agents Association (FBIAA), an independent organization that advocates on behalf of 13,000 bureau employees, drew attention to the ongoing effects of a shutdown in a 72-page report published earlier this week titled “Voices from the Field.” In it, anonymous agents detailed the harrowing effects of a lapse in appropriations on their investigations. “I have been working a long term MS-13 investigation for over three years,” one agent is quoted as saying. “Since the shutdown, I have not had a Spanish speaker in the Division. We have several Spanish speaking informants.”

The FBI declined to comment beyond noting in an email that the FBIAA is a “nonprofit professional association” and its report “was not issued by the FBI.” On Friday, the Washington Post reported on a video message that bureau director Christopher A. Wray reportedly released to staffers, in which he defended the FBI’s silence by saying, “[T]he last thing this organization needs now is its leadership to wade into the middle of a full-on political dispute.”

Without funds to pay informants, support state and regional partners, or pay for overtime, ongoing investigations could be neutered to a degree that could have a lasting impact beyond the resolution of the shutdown. Even if casework were not delayed, agents faced a separate roadblock in the courts. Roughly 32 percent of employees in the Justice Department’s national security division were furloughed.

“Generally, all of our investigative efforts are going to be slowed. Our toolbox is not being replenished.”

“Generally, all of our investigative efforts are going to be slowed,” FBIAA president Tom O’Connor told MSNBC’s Morning Joe in an interview. “Our toolbox is not being replenished.”

Another potentially long-term impact from the shutdown is lost time for training and education. In the report, one special agent working in counterintelligence is quoted as saying that “training for specific critical response missions has been postponed or cancelled for January and continues to be cancelled as weeks continue to progress without funding.” Other agencies deemed less critical for national security have also missed crucial training periods when the shutdown appeared headed for yet another week. An annual weeklong training session between the Federal Emergency Management Authority and the National Hurricane Center was scrapped with no immediate plans for rescheduling. “You can’t recreate this time,” NHC union steward Eric Blake told Mother Jones.

From a recruitment perspective, the shutdown has been a fantastic advertisement for the private sector—and immensely damaging for law enforcement. Several field offices had to set up food banks for employees. “The ongoing financial insecurity caused by the failure to fund the FBI could lead some FBI Agents to consider career options that provide more stability for their families,” read a petition signed by the FBIAA and all field office leaders.

Career prospects for current agents could also be affected. Federal law limited the type of jobs they could take on the side, while missed payments or newly accrued debt—the type that may stem from weeks without a paycheck—could haunt an agent’s chance for advancement when they undergo a routine financial background check. The resulting impact “could even disqualify Agents from continuing to serve in some cases,” the petition stated.

“Without a Wall our Country can never have Border or National Security,” Trump tweeted Tuesday, and from the start of the partial government shutdown he has described the government employees not receiving pay as “GREAT PATRIOTS” who “understand what’s happening” and “want border security.” That’s not how former special agent Luke William Hunt, who now teaches at Radford University, saw the issue when contacted by Mother Jones. “This is just an example of how the politics has a real-world impact,” he said, “potentially on national security, potentially on serious criminal investigations.”