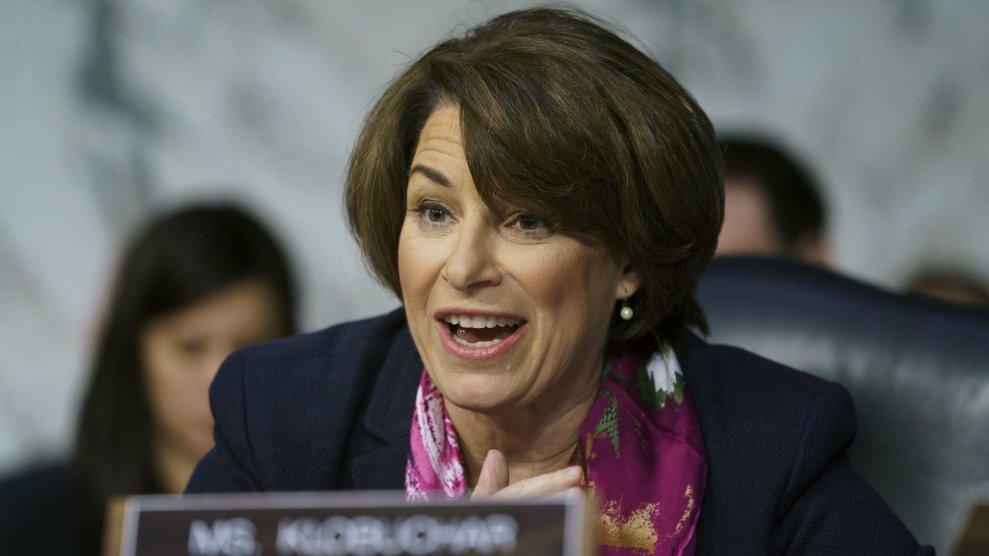 On Sunday, Sen. Amy Klobuchar (D-Minn.) officially announced that she’s throwing her hat into the growing field of Democrats who want to take on Donald Trump in 2020.

“I am running for every American, I am running for you,” Sen. Klobuchar announced to a crowd of cheering supporters unfazed by the heavy snow on Boom Island, outside of Minneapolis. The third-term Senator has been serving since 2006 and has handily won both of her re-election campaigns.

“It’s time to organize, time to galvanize, and time to take back our democracy,” Sen. Klobuchar said. During her announcement, she made pledges that tap into all of the issues that Democratic voters have galvanized behind, including restoring voting rights, combating climate change, comprehensive immigration reform, and universal health care.

But before Sen. Klobuchar could make her official announcement, she was dogged by reports of abusive behavior towards her staffers. According to HuffPost, a campaign memo revealed that while traveling with the Senator, staffers were expected to put away her clothing and pick up any trash left behind. In a Buzzfeed News report, Sen. Klobuchar allegedly threw objects and humiliated staffers in late night emails. However, other staffers have said that while the senator is tough to work for, she’s not abusive. Some have also said the Senator is a victim of the way the media treats female bosses.

Sen. Klobuchar is seen as one of the rising stars of the Democratic Party and December polling among Iowa caucus goers showed her coming in fourth place only behind Joe Biden, Sen. Bernie Sanders (I-Vt.) and Beto O’Rourke.