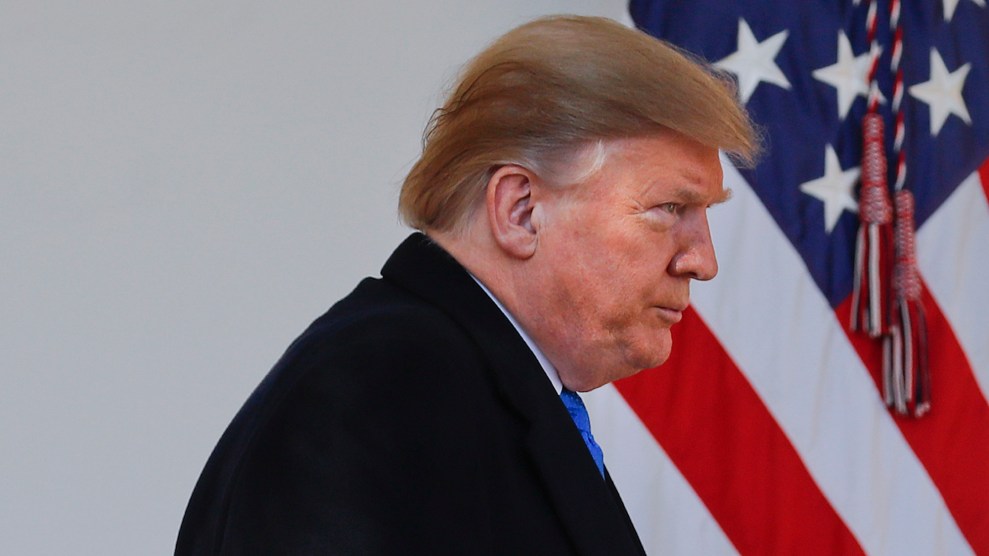 President Donald Trump used the speech announcing his decision to invoke emergency powers to fund border wall construction to strengthen the legal arguments against that decision. “I didn’t need to do this,” Trump said Friday about the emergency declaration, “but I’d rather do it much faster.”

Likely to be used in future lawsuits: Trump on his national emergency declaration: "I didn't need to do this. But I'd rather do it much faster … I just want to get it done faster." Via CNN pic.twitter.com/HcPrQdhRJ9

Trump’s remarks seem almost certain to appear in a lawsuit challenging his decision to use emergency powers to access the wall money that Congress has refused to provide. They were certainly appreciated by Omar Jadwat, the director of the American Civil Liberties Union’s Immigrants’ Rights Project:

This quote should be the first sentence of the first paragraph of every complaint filed this afternoon. https://t.co/ClHQhpTaEe

Trump also said, “I made a deal…but I’m not happy with it,” making clear that he sees the emergency declaration as a way to get around Congress. Jadwat tweeted that admission as well.

Trump predicted that his administration will be sued in the progressive Ninth Circuit Court of Appeals and potentially get two unfavorable rulings from lower courts before the case reaches the Supreme Court. Trump is hopeful that the Supreme Court will ultimately uphold his emergency declaration like it did with his travel ban. Presidents have expansive emergency powers and there is reason to believe the Supreme Court will defer to Trump.

Trump, thinking out loud, talks about how the national emergency will make it through the courts: "And they will sue us in the Ninth Circuit, even though it shouldn't be there" pic.twitter.com/PCgrJ5FEeN