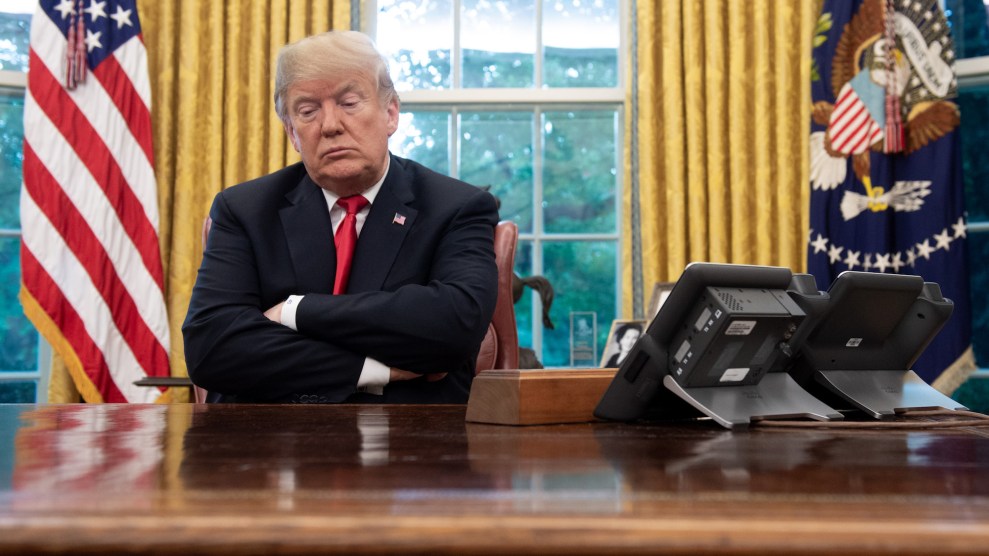 On Sunday, Axios published Trump’s private schedules for almost every working day since the midterm elections of November 2018. The documents show the president has spent a whopping 60 percent of his work days during that period in “Executive Time.” The term, according to Axios, was first pushed by former White House Chief of Staff John Kelly to refer to the private, unscheduled time that Trump reportedly spends watching television, tweeting, and making phone calls.

While the schedules show that Trump usually passes the morning in Executive Time, Trump’s standard practice is to remain in the residence until his first scheduled meeting around 11 a.m. But before then, Axios reports that he “is never in the Oval during those hours, according to six sources with direct knowledge.”

In a statement to Axios, White House press secretary Sarah Huckabee Sanders defended Trump’s work habits, saying they provided “time to allow for a more creative environment that has helped make him the most productive President in modern history.”