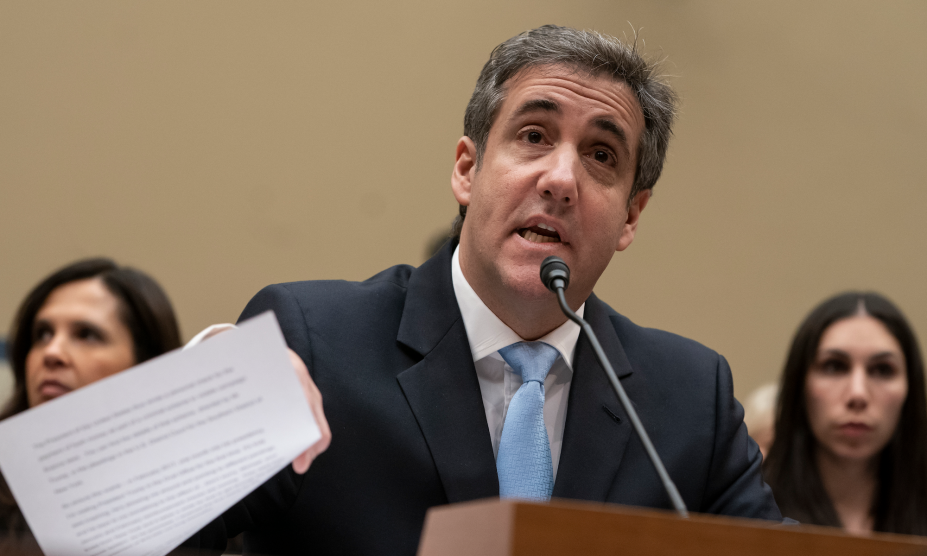 The Republican strategy going into Michael Cohen’s much-anticipated testimony before the House oversight committee revealed itself almost immediately Wednesday: Focus entirely on the president’s former lawyer and longtime fixer as a liar who is only in it for himself.

But as Republicans hammered Cohen throughout the first four hours of the hearing—repeatedly asking him about his prospects for a future book deal and whether he would renounce such an endeavor under oath—they left out a key subject: President Donald Trump, whose administration and family business are engulfed in federal investigations and who may face potential impeachment. At one point, Cohen himself noted the glaring absence of questions from Republican lawmakers regarding his former boss.

“I find it interesting, sir, that between yourself and your colleagues that not one question so far since I’m here has been asked about President Trump,” he said to ranking minority member Jim Jordan (R-Ohio). “That’s actually why I thought I was coming today. Not to confess the mistakes I’ve made—I’ve already done that.”

Cohen added, “The American people don’t care about my taxes. They want to know what it is that I know about Mr. Trump. And not one question has been asked about Mr. Trump.”

In an exchange with Rep. @Jim_Jordan #MichaelCohen argues the questioning is off-topic, saying "I find it interesting…that not one question so far has been asked about President Trump. That's why I thought I was coming today." pic.twitter.com/18U0Tr6IiJ

Despite Cohen’s comments, Republicans on the committee kept steering clear of the damning allegations Cohen outlined in his opening remarks—above all, that Trump is a career fraudster who committed illegal acts both before and during his presidency.

During an appearance on ABC as the hearings unfolded, former Republican New Jersey Gov. Chris Christie suggested that Republicans’ approach did not bode well for the president:

Chris Christie on Michael Cohen testimony: "There hasn't been one Republican yet who's tried to defend the president on the substance. I think that's something that should be concerning to the White House." https://t.co/eXApIk4Hyq pic.twitter.com/DnTkHKNWkC