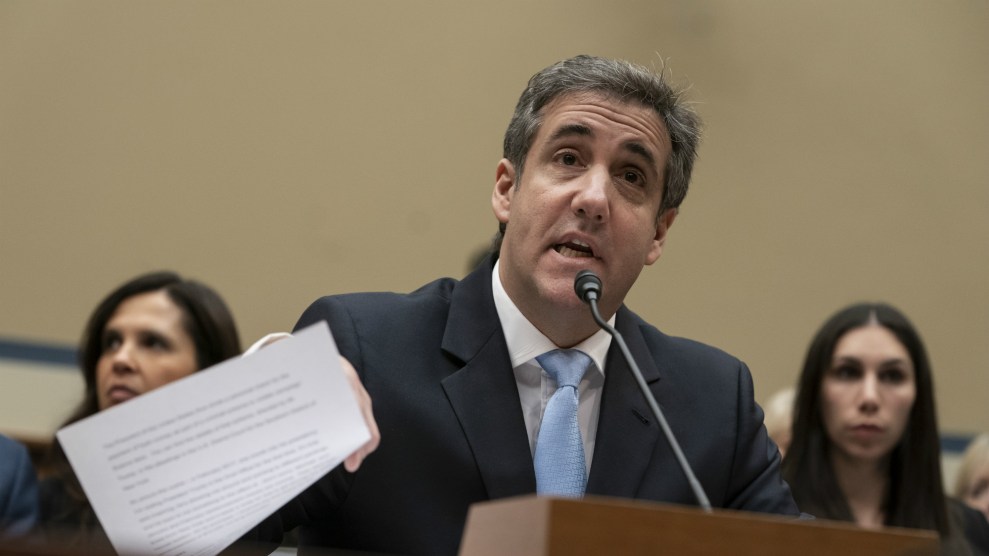 As he launched his 2016 presidential campaign, Donald Trump staunchly refused to release his tax returns, despite decades of tradition of presidential candidates releasing them to show voters they had nothing to hide. At the time, Trump fixer Michael Cohen told reporters that Trump was under audit and so, as the president’s attorney, he could not allow the returns to be released.

“I personally will not allow him to release those tax returns until the audits are over,” Cohen told CNN. “There is not a lawyer on this planet that should give that advice—any advice other than what I just gave—to their client short of suffering malpractice.”

Testifying before the House oversight committee on Wednesday, however, Cohen offered a very different explanation. He told Rep. Jimmy Gomez (D-Calif.) that he had asked Trump for copies of the audit to help him talk to reporters about it, but was never able to get them.

“Can you give us any insight into the real reason the president has refused to release his tax returns?” Gomez asked Cohen.

So, Gomez asked, could one presume that, since he was fearing an audit, Trump was not actually under audit at the time?

“I presume that he is not under audit,” Cohen said.