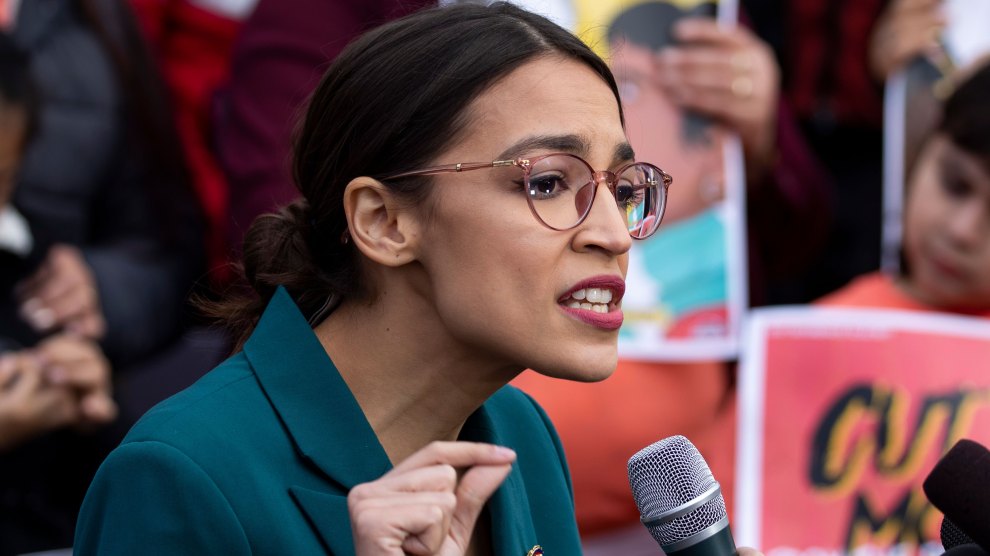 On Wednesday morning, Rep. Alexandria Ocasio-Cortez (D-N.Y.) tweeted a picture of a line of people outside a House committee hearing on marijuana banking.* According to Ocasio-Cortez, the people in the photo are homeless and were paid by lobbyists to hold their places in line.

The practice of lobbyists paying people to stand in line for committee meetings is, according to previous reporting, a longtime practice in Washington, DC. In 2009, CNN wrote about a homeless man who “rubs shoulders with Washington’s elite” by waiting in line for lobbyists—upwards of 20 hours for a hearing at a rate of “$11 to $35 an hour.” Brian Fung from the Washington Post added that paying line-holders “is even more widespread than just in the halls of Congress” and extends to judicial hearings, too. The practice got so bad that in 2015 the Supreme Court told lawyers that “‘line standers’ will not be permitted.”

In her tweet, Oscasio-Cortez said she assumed what she saw was a demonstration:

Shock doesn’t begin to cover it.

Today I left a hearing on homelessness & saw tons of people camped outside committee.

I turned to my staff and asked if it was a demonstration.

“No,” they said. “Lobbyists pay the homeless + others to hold their place so they can get in 1st.” pic.twitter.com/mXbgqkKp4P

Ocasio-Cortez snapped the photo on her way out of a hearing to discuss a draft piece of legislation called The Ending Homelessness Act of 2019. In 2017, a University of Chicago report said that 4 million people were homeless in the United States, an increase in the number of homeless for the first time in nearly a decade.

Correction: An earlier version of this article misstated the hearing for which the line had formed. After publication, Ocasio-Cortez clarified via Twitter that her photo depicts a line outside a hearing on marijuana banking.