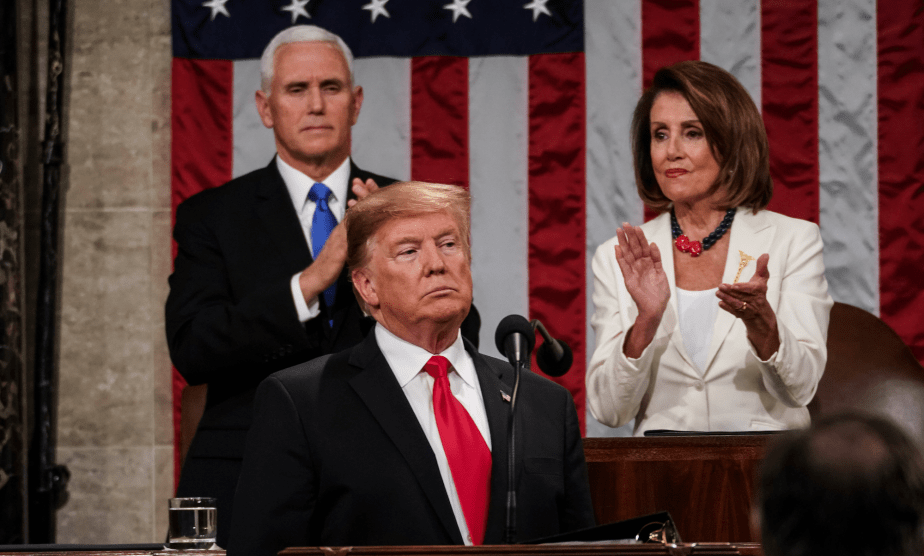 President Donald Trump’s calls for a united government came to a halting stop during his State of the Union address on Tuesday when he appeared to fire a warning shot at congressional Democrats preparing to launch investigations into him and his administration, claiming that any probes could impede the US economy.

“An economic miracle is taking place in the United States, and the only thing that can stop it are foolish wars, politics, or ridiculous partisan investigations,” Trump told Congress in his second State of the Union address. “If there is going to be peace and legislation, there cannot be war and investigation.”

“It just doesn’t work that way,” he added.

It was unclear at which investigations the president was taking aim, but Democrats have a lengthy list of of them planned. Those include inquiries into Trump’s ties to Deutsche Bank, White House security clearances, and Russia.

Aides to House Speaker Nancy Pelosi, one of the many Democrats in the House chamber on Tuesday to appear taken aback by the line, swiftly responded on social media to signal that the new Democratic House majority would not be deterred from providing oversight:

Sorry, sir. But Article 1 of the Constitution is the legislative branch. And it has the responsibility to exercise oversight of the other branches of government. We would be delinquent in our duties if we failed to provide the necessary oversight. #SOTU

The line also drew parallels to similar remarks made by President Richard Nixon during his State of the Union in 1974.

"If there is going to be peace and legislation, there cannot be war and investigation." – Trump's SOTU, 2019

"I believe the time has come to bring that investigation and the other investigations of this matter to an end. One year of Watergate is enough." – Nixon's SOTU, 1974

Echoes of Nixon saying one year of Watergate is enough, as Trump says: "If there is going to be peace and legislation, there cannot be war and investigation."