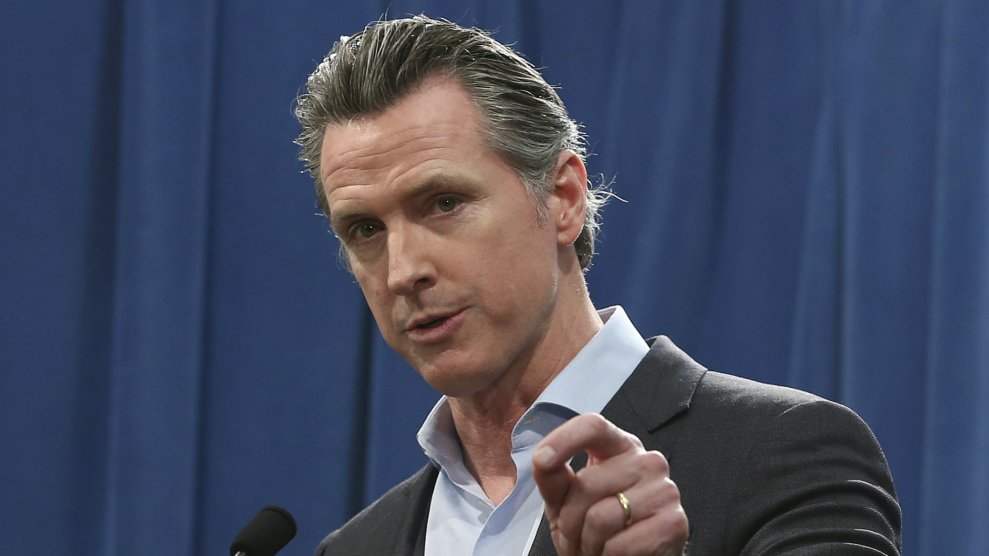 The death sentences are still in place, but no inmates will be executed as long as the moratorium is in place. “I do not believe that a civilized society can claim to be a leader in the world as long as its government continues to sanction the premeditated and discriminatory execution of its people,” Newsom will say, according to a prepared statement. “It has discriminated against defendants who are mentally ill, black and brown, or can’t afford expensive legal representation.” Studies have shown that the death penalty is arbitrarily applied and disproportionately affects poor and black defendants.

The moratorium will close California’s only execution chamber, at the San Quentin State Prison near San Francisco. It comes as capital punishment is quickly losing support across the country and several other states are considering abolishing the death penalty completely. Since 2011, Colorado, Oregon, Pennsylvania, and Washington have announced moratoriums on executions.

Of the 737 inmates on California’s death row, 24 have exhausted their appeals and would have been eligible for execution before the moratorium. The state hasn’t executed anyone since Clarence Ray Allen was put to death in 2006 for ordering the murders of three people while serving a life sentence for murder. Since then, the state’s lethal injection protocol has faced a series of legal challenges as drug manufacturers have banned their products from being used in executions, leading to a de facto moratorium.

Newsom’s announcement comes less than three years after Californians rejected a ballot measure that would have abolished the death penalty and approved one that would speed up the appeals process by limiting it to five years. On Wednesday morning, President Donald Trump, who strongly supports the death penalty, tweeted that Newsom’s moratorium was “defying voters.”

Defying voters, the Governor of California will halt all death penalty executions of 737 stone cold killers. Friends and families of the always forgotten VICTIMS are not thrilled, and neither am I!

The announcement drew similar condemnation from some prosecutors. “The voters of the State of California support the death penalty,” said Michelle Hanisee, president of the Association of Deputy District Attorneys, in a statement. “Governor Newsom…is usurping the express will of California voters and substituting his personal preferences via this hasty and ill-considered moratorium on the death penalty.”