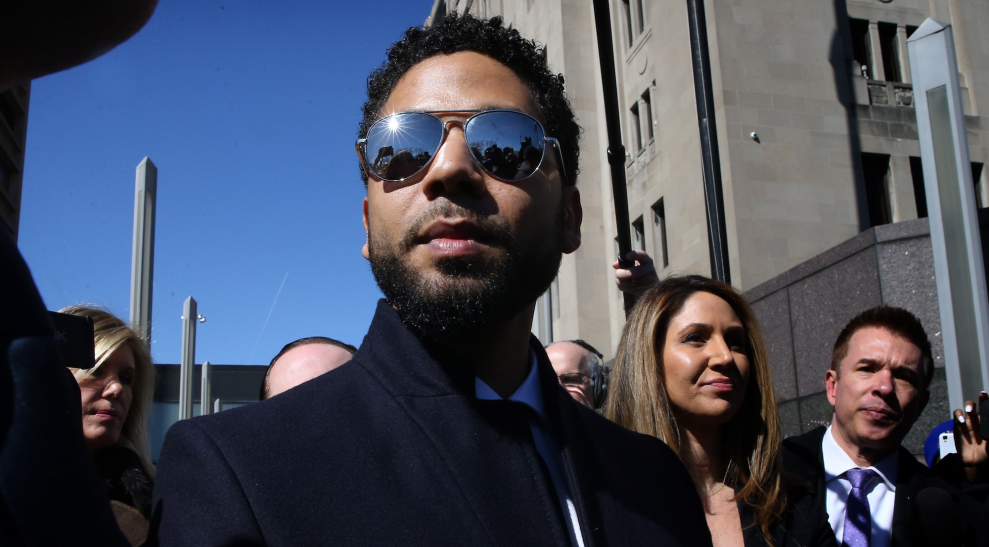 President Donald Trump blasted the decision by Illinois prosecutors to drop all charges against Empire actor Jussie Smollett, announcing in a Thursday morning tweet that the FBI and Justice Department will be reviewing the events that lead to the stunning dismissal.

FBI & DOJ to review the outrageous Jussie Smollett case in Chicago. It is an embarrassment to our Nation!

It’s unclear, however, if the FBI or Justice Department have jurisdiction over the case.

Police had previously accused Smollett, who is gay and black, of orchestrating a January attack in which he alleged two men wearing MAGA hats had jumped him while they shouted racial and homophobic slurs. The Cook County State’s Attorney’s Office’s abrupt announcement on Thursday that it was dropping all charges against Smollett for allegedly filing a false report was met with shock and confusion.

The president’s family and conservatives were among those to voice anger at the decision. Chicago Mayor Rahm Emanuel, a Democrat, also slammed the news and called it a “whitewash of justice.”

What is this kind of privilege called??? https://t.co/4hPQorU58R

This isn’t the first time Trump has weighed in on Smollett’s case. “What about MAGA and the tens of millions of people you insulted with your racist and dangerous comments!” Trump tweeted shortly after Chicago police detailed allegations that Smollett had staged his own assault.