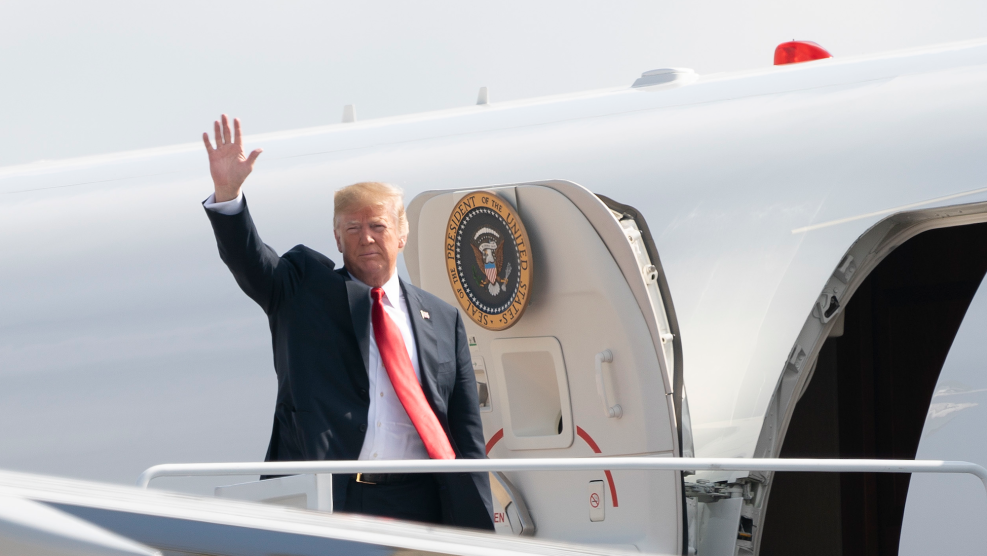 Despite mounting calls from lawmakers in both parties to temporarily ground Boeing 737 Max airplanes following two recent crashes, the Federal Aviation Administration on Wednesday once again expressed confidence in the aircraft, claiming that US officials had found “no basis” for barring flights.

The FAA’s resistance to grounding the planes comes amid an intensive effort by Boeing to court the Trump administration.

NEW: @Boeing CEO Dennis Muilenburg spoke by phone with TRUMP this a.m., urging him not to ground 737 Max 8s after Sunday’s crash.
* Muilenburg has tried to cultivate Trump. He visited Mar-a-Lago after AF1 dust-up, & Boeing donated $1M to Trump inaugural.https://t.co/OUXRGBsE5T

Whatever the FAA’s motivations, another troubling aspect of the story is now emerging. A report Wednesday from the Wall Street Journal cites US officials appearing to suggest that the recent government shutdown—caused by President Donald Trump’s demand for money for a border wall—was partly responsible for delaying crucial software fixes for the Boeing aircraft. From the Journal:

A software fix to the MCAS flight-control feature by the FAA and Boeing had been expected early in January, but discussions between regulators and the plane maker dragged on, partly over differences of opinion about technical and engineering issues, according to people familiar with the details. Officials from various parts of Boeing and the FAA had differing views about how extensive the fix should be.

The FAA concluded the delay was acceptable because its experts agreed with Boeing that there was no imminent safety threat, according to one person briefed on the discussions. The FAA also determined that steps taken after the Lion Air crash to inform pilots world-wide about the system’s operation were adequate to alleviate hazards.

The report comes just one day after the president warned that technological innovations were hampering the aviation safety. “I don’t know about you, but I don’t want Albert Einstein to be my pilot,” he tweeted.