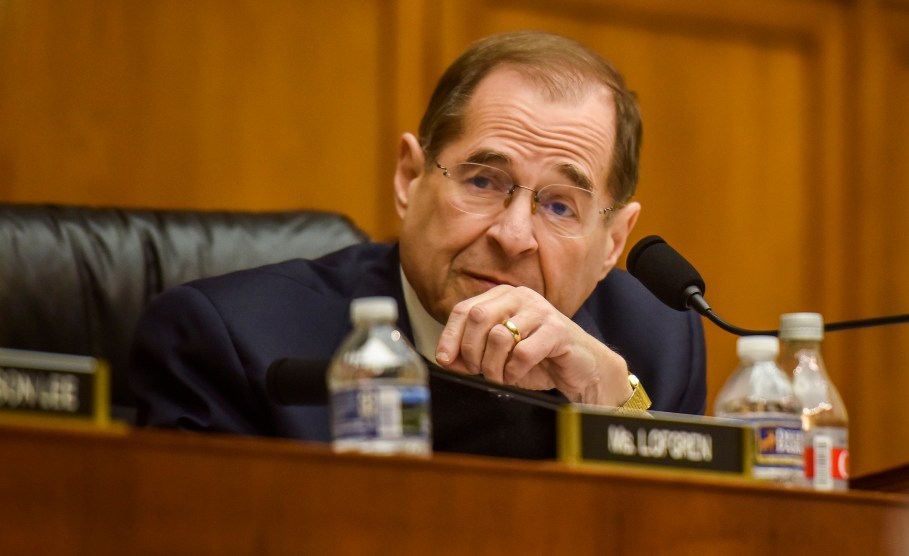 House Democrats say they will vote this week to subpoena Special Counsel Robert Mueller’s complete report, underlying evidence, and other material—rejecting as insufficient Attorney General William Barr’s pledge to produce a redacted version of the report later this month.

House Judiciary Chairman Jerrold Nadler (D-N.Y.) announced Monday that the panel will meet Wednesday morning to consider a resolution that would authorize the subpoenas, after Barr said in a letter Friday that he expects to release a redacted version of Mueller’s report “by mid-April, if not sooner.” Barr said the report would be scrubbed to exclude grand jury testimony; information that could compromise intelligence “sources and methods”; material that could affect ongoing Justice Department investigations; and information that might “infringe on the personal privacy” or reputation of “peripheral third parties.”

Barr sent lawmakers a four-page letter on March 24 that said Mueller had completed his investigation into Trump campaign contacts with Russia. The letter said the probe “did not establish that members of the Trump Campaign conspired or coordinated with the Russian government in its election interference activities.” The letter also said Mueller had chosen not to reach a determination about whether Trump had obstructed justice, but Barr concluded that Mueller’s evidence “was not sufficient to establish that the President committed an obstruction of justice offense.” Trump and his allies have claimed this information vindicates him.

But Democrats say they they need to review the entire report as part of their own investigation into Trump’s Russian ties and alleged obstruction of justice. Nadler and other Democrats set an April 2 deadline for Barr to turn over the whole report—without redactions—and to start handing over underlying evidence.

Nadler, who has not said when he may issue subpoenas the committee okays on Wednesday, also said he will also seek authorization to subpoena documents from a number of ex-White House aides: former senior adviser Steven Bannon; former White House Communications Director Hope Hicks; former Chief of Staff Reince Priebus; former White House Counsel Don McGahn; and Ann Donaldson, McGahn’s former deputy. Nadler said those people “may have received documents from the White House relevant to the Special Counsel investigation, or their outside counsel may have, waiving applicable privileges under the law.”