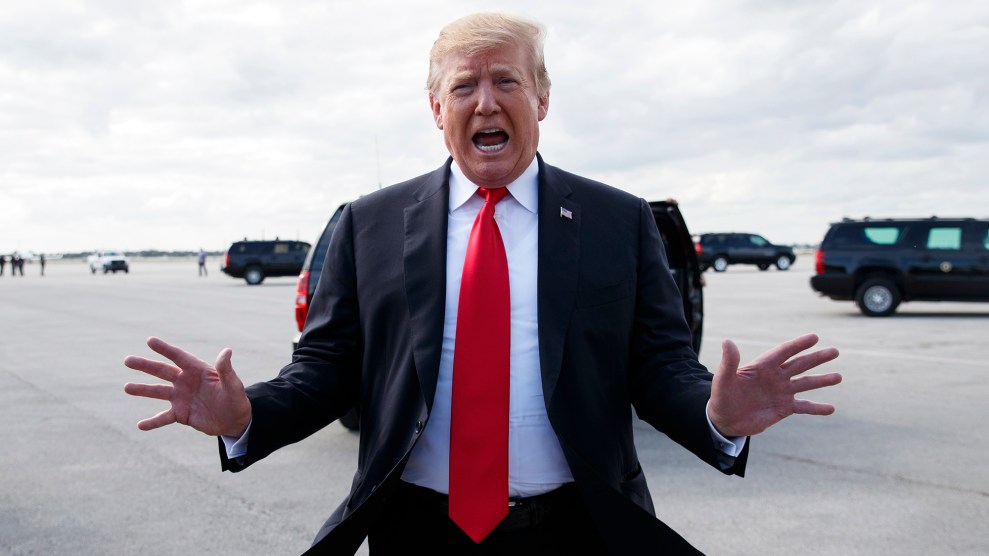 When President Donald Trump learned that a special counsel had been appointed to investigate Russian interference in the 2016 elections nearly two years ago, he predicted that the probe would end his presidency. “I’m fucked,” he said.

This account comes from Mueller’s redacted report, released Thursday, under a section providing evidence for one way Trump may have attempted to obstruct justice: trying to remove the special counsel to thwart the investigation.

On May 17, 2017, then-Attorney General Jeff Sessions personally broke the news to Trump that Sessions’ deputy, Rod Rosenstein, had appointed a special counsel to take over the investigation into Russian interference in the election and possible collusion between the Trump campaign and Russia. According to notes from Sessions’ then-chief of staff, Jody Hunt, Trump slumped in his chair and said, “Oh my God. This is terrible. This is the end of my Presidency. I’m fucked.”

“You were supposed to protect me,” Trump told Sessions, lambasting him for recusing himself from the probe and letting Rosenstein make the appointment.

“Everyone tells me if you get one of these independent counsels it ruins your presidency,” Trump then said. “It takes years and years and I won’t be able to do anything. This is the worst thing that ever happened to me.”