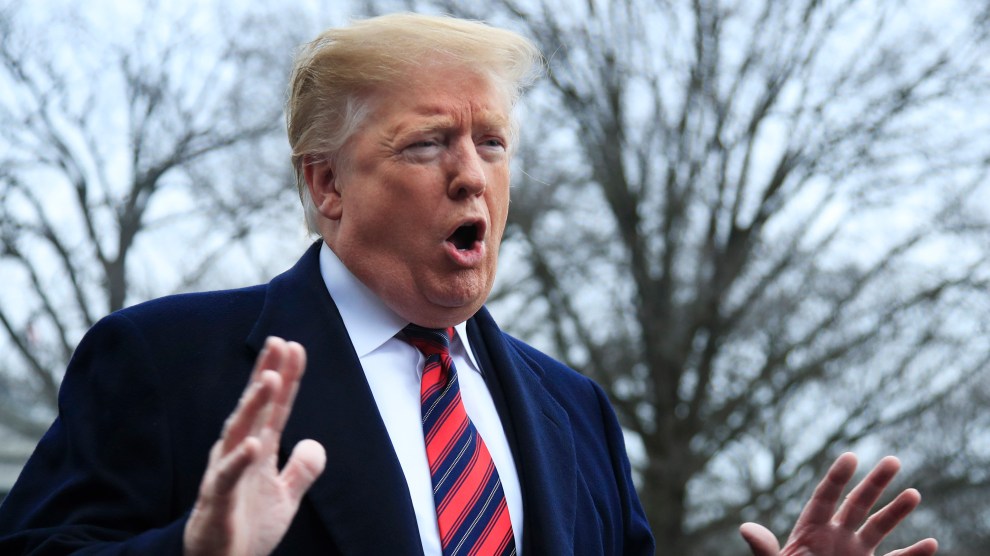 In a letter to the Internal Revenue Service, Chairman Richard E. Neal of the House Ways and Means Committee has officially requested Trump’s business and personal tax returns from the past six years.

The committee has asked that the president complies with their request by April 10.

Trump was the first presidential candidate since Gerald Ford to refuse to release his tax returns But according to a tax historian who spoke to Mother Jones last year, Congress has always had the option to request them. “They can’t do it because they want to show it off at a cocktail party, but as long as there is a legitimate need for them—something consistent with Congress’ prerogatives and responsibilities, yes, they can request them, and Treasury is supposed to supply them,” said Joseph Thorndike.

House Democrats also attempted to pass a bill last month that would have required the president and vice president, along with all future candidates for those offices, to disclose 10 years of business tax returns.

Mother Jones previously reported that the committee was weighing the option to compel the president to release his returns last year:

Neal reportedly has not decided whether his committee’s request will include the tax returns from Trump’s business interests or just his personal returns. But when Michael Cohen, Trump’s longtime lawyer, testified before the House oversight committee last week, Rep. Alexandria Ocasio-Cortez (D-N.Y.) helped lay the groundwork for demanding the business returns, asking Cohen whether it would be useful “for the committee to obtain federal and state tax returns from the president and his company” in order to investigate a New York Times report that Trump had participated in fraudulent tax schemes. Cohen said he believed the returns would indeed help the committee.