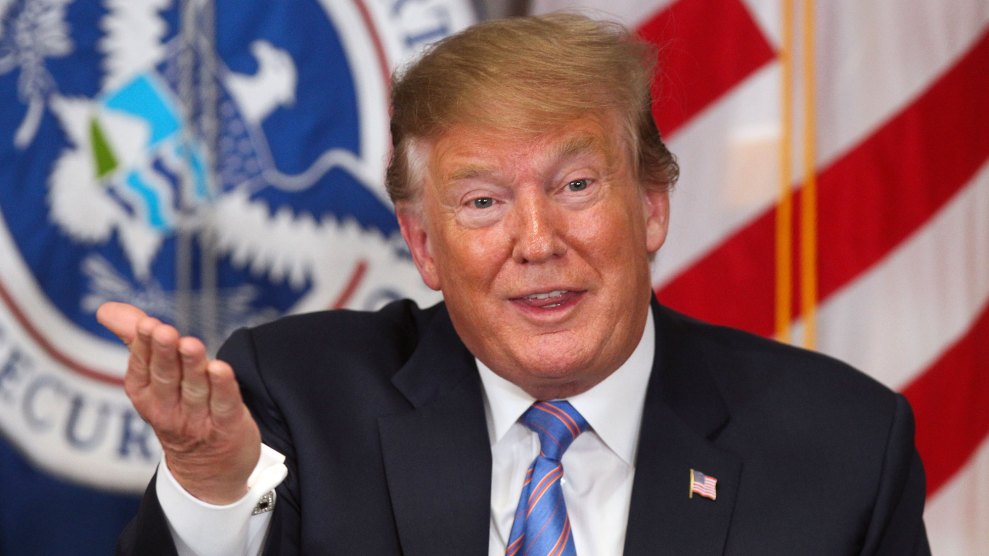 Last week, Rep. Richard Neal (D-Mass.), chair of the House Ways & Means Committee, wrote a letter to the IRS asking for copies of Trump’s returns—and those of his affiliated companies—from 2013 through 2018. Trump was the first major-party presidential nominee since Gerald Ford not to release any tax returns during his campaign. He said then, and has said as recently as Friday, that he could not do so because he was under audit—but an audit would not prevent anyone from releasing their tax returns, and the IRS audits every presidential tax return.

If Trump were planning on keeping his word, then Democrats would, in fact, see those tax returns some day, when the earth is a little older and the oceans a little higher, and the interminable audit finally, mercifully, comes to an end. But Mulvaney did not say the Democrats will get the tax returns when everyone else does, when the audit is done. In asserting that Democrats will “never” see those tax returns, he argued that Trump actually had a mandate not to release them. “Keep in mind, that’s a issue that was already litigated during the election—voters knew the president could have given his tax returns, they knew that he didn’t, and they elected him anyway,” Mulvaney said.

MIck Mulvaney says that the democrats will never see President Trump's taxes and that they know they won't #FNS pic.twitter.com/DDjFmjGz8f