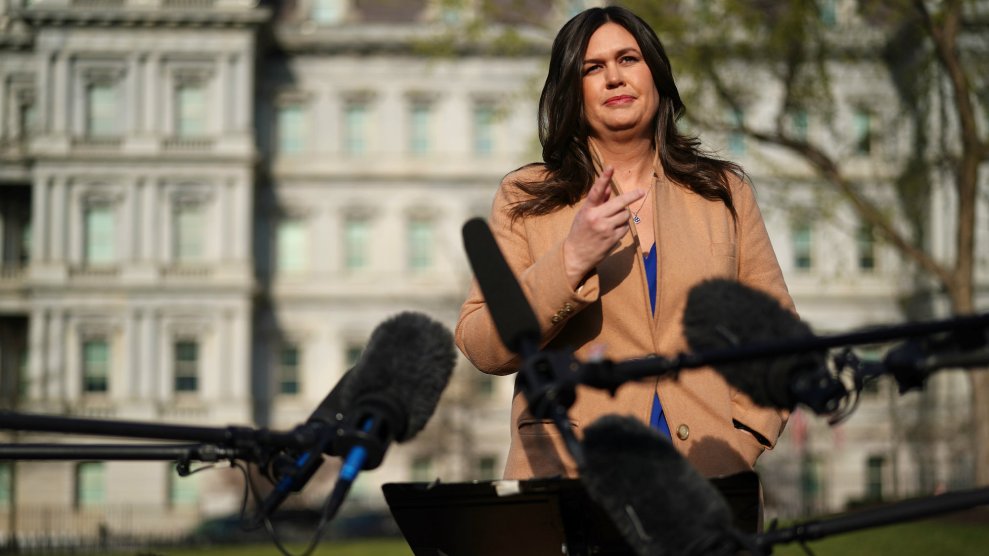 We’re still making our way through a redacted version of Robert Mueller’s 448-page report on the Russia investigation, but one of the early revelations that has emerged is the extent to which President Donald Trump’s officials have lied on his behalf. White House Press Secretary Sarah Huckabee Sanders produced one sizable whopper in May 2017, in the aftermath of FBI Director James Comey’s firing, when she suggested that he was unpopular among the bureau’s rank and file.

After a reporter claimed that a “vast majority” of agents supported Comey, Sanders replied, “Look, we’ve heard from countless members of the FBI that say very different things.”

That response was “not founded on anything,” Mueller’s office concluded after interviewing Sanders, who told special counsel staffers she had made a “slip of the tongue.” The report also says she spoke to the president after that press conference and he told her she did a “good job and did not point out any inaccuracies in her comments.”

The lack of evidence for this sentiment didn’t stop Trump from latching on to it in an interview with Lester Holt of NBC News a day later. He said the FBI was in “virtual turmoil” under Comey.

Andrew McCabe, then acting FBI director, defended the bureau’s ousted leader in a congressional hearing that week, telling lawmakers that Comey “enjoyed broad support in the FBI and he still does to this day.” A survey of FBI employees released a year later by Lawfare backed up McCabe’s description. “Morale at the FBI had in fact improved during Comey’s tenure, and the former director was widely admired among FBI personnel,” the site found. It was only under Christopher Wray, Comey’s successor, that morale plummeted and employees expressed “less confidence in the ethics and vision of the bureau’s new leadership,” the New York Times noted.