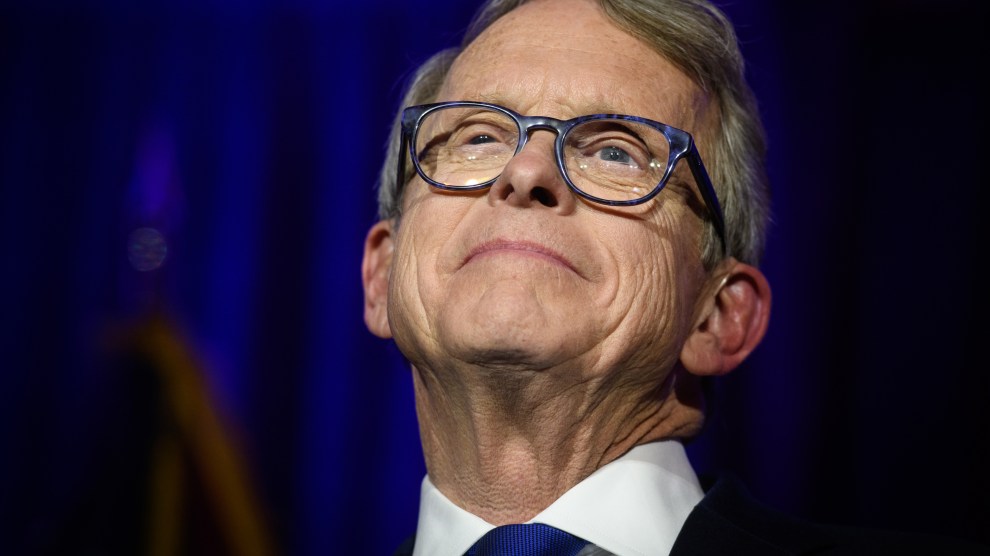 Ohio Gov. Mike DeWine signed a bill Thursday making it illegal for women to receive an abortion once a heartbeat has been detected in the fetus—as early as six weeks gestation. The legislation effectively bans abortion before many women even know they are pregnant.

The bill does not include any exceptions for abortions in the instances of rape or incest. When it passed the state House earlier in the week, Republican lawmakers also added a last-minute addition that imposes a $20,000 fine on physicians who violate the law.

Gov. DeWine’s approval of the legislation did not come as a surprise. John Kasich, the state’s previous governor, signed a 20 anti-abortion during his tenure, according to NARAL Pro-Choice Ohio, and imposed burdensome requirements on the state’s abortion clinics. But he vetoed “heartbeat” bills in 2016 and 2018, citing them as unconstitutional.

DeWine, however, had categorically stated that he would sign one if he had the chance. Before his election last November, executive director of NARAL Pro-Choice Ohio Kellie Copeland described DeWine as “the most dangerous prospect” pro-choice Ohioans had faced in a while.

Ohio’s “heartbeat” bill has been a long time coming. The first version of the legislation was written by far-right religious and anti-abortion activist Janet Folger Porter back in 2011, and introduced five times. My colleague Nina Liss-Schultz reported on Porter’s colorful record in 2016, including the extreme religious views which resulted in her radio program being canceled by its Christian host.

“We literally crafted this legislation to be the arrow in the heart of Roe v. Wade,” Porter admitted in 2016. “It is made to come before the United States Supreme Court.”

Ohio is the seventh state to pass legislation that bans abortion after a heartbeat is detected, and legislation is pending in 11 other states. So far, none of the signed bills has successfully become law. Abortion rights advocates in Mississippi have said they will sue to block legislation signed by Gov. Phil Bryant in March, set to go into effect in July. In Ohio, the ACLU has said they plan to challenge the state’s bill: “If the governor signs, we’ll see him in court.”