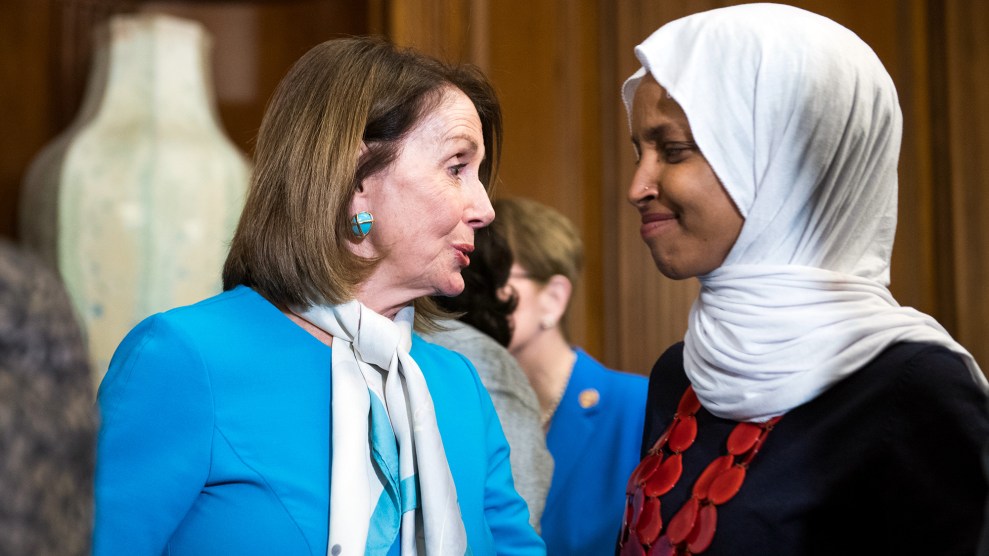 House Speaker Nancy Pelosi on Sunday denounced President Donald Trump’s recent video attack against Rep. Ilhan Omar, which combined remarks given by Omar during a Muslim civil rights event with graphic images of the attacks on September 11th, and demanded that the president remove the video from his social media account.

In a statement, Pelosi announced that she had spoken to the Sergeant-at-Arms to “ensure that Capitol Police are conducting a security assessment to safeguard” Omar, her staff, and family members.

“The President’s words weigh a ton, and his hateful and inflammatory rhetoric creates real danger,” the top Democrat added. “President Trump must take down his disrespectful and dangerous video.”

The statement on Sunday follows a more muted response by Pelosi, who just the day before had criticized the president’s use of September 11th but failed to specifically defend Omar by name. Pelosi’s newest statement comes as more Democrats, including a wide range of candidates, slammed the president for taking Omar’s brief reference to 9/11 in a speech out of context in order to give the impression that the Minnesota congresswoman was trivializing the attacks.

“He has no moral authority to be talking about 9/11 at all,” Rep. Jerrold Nadler said during an appearance on CNN Sunday morning. “She was talking about discrimination against Muslim Americans,” Nadler told CNN’s Jake Tapper. “And she just said that, after that happened, it was used as an excuse for lots of discrimination and for withdrawal of civil liberties.”

Today, that same community is banding together to reject sales of the NY Post at bodegas citywide.

This is what real unity (& NYC solidarity) looks like ⬇️ https://t.co/mj8vtA4Pv5

Sen. Elizabeth Warren on Trump's tweet about Ilhan Omar: "Donald Trump is trying to incite violence and to divide us… Those who don't speak out in the Republican leadership are complicit in what he is doing. It is wrong." https://t.co/Cwq08U6NLX pic.twitter.com/Fvw8fXePIX

Exactly one week before Trump’s video attack, federal prosecutors revealed that a man had been arrested and charged with making death threats against Omar. According to law enforcement officials, the man described himself as a patriot who loves Trump and hates “radical Muslims in our government.”