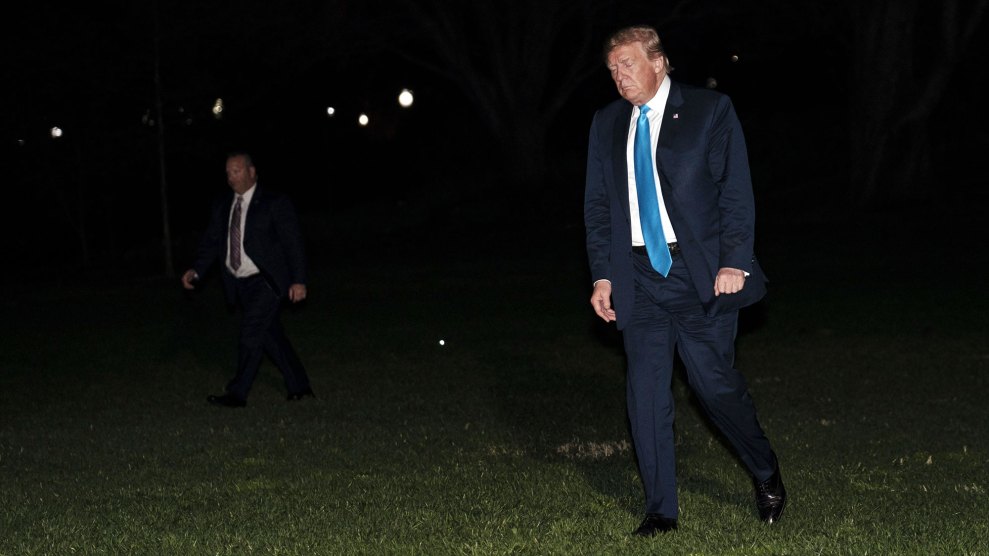 In a late night tweet on Saturday, President Donald Trump added fuel to his latest immigration row, declaring the United States had “absolute legal right” to send migrants detained at the border to various sanctuary cities throughout the country. The president also demanded that California, a heavily blue-leaning state he has publicly feuded with, bear the supposed burdens of taking in released migrants.

Just out: The USA has the absolute legal right to have apprehended illegal immigrants transferred to Sanctuary Cities. We hereby demand that they be taken care of at the highest level, especially by the State of California, which is well known or its poor management & high taxes!

The tweet appeared to be further evidence that the much-maligned proposal was an effort by Trump to exact revenge on cities that have resisted his federal immigration policies. Ironically, it’s that overt political posturing that experts have pointed to as one of the primary reasons the plan would likely violate federal law.

The disconnect appears to have carried over into the weekend. On Sunday, when asked about the proposal during an appearance on ABC News, White House press secretary Sarah Huckabee Sanders claimed that the administration was currently exploring viable ways to carry out the plan—a significant departure from the president’s “absolute legal right” claim just hours before.

JUST IN: Asked about DHS saying the potential transfer of undocumented immigrants to "sanctuary cities” is not legal, Sarah Sanders says, President Trump "likes the idea," and "we're looking to see if there are options to make it possible." https://t.co/vvl3KootIk pic.twitter.com/jZFCUbbPYt

Sanders also did not seem to be on the same page about Trump’s earlier claim that a New York Times report detailing the sanctuary cities plan, along with Trump’s alleged offers to pardon administration officials if they closed the southern border, was inaccurate, and that the paper had never reached out for confirmation. The Times has since refuted the accusation, with reporter Maggie Haberman saying that they had emailed several times for comment on the report.

“I’m not sure about his particular story,” Sanders told ABC’s George Stephanopoulos. “I’d have to look back to see what story they’re talking about.”

The confusing maneuvers over immigration policy are occurring in something of a power vacuum as a result of Trump reportedly clearing house at the Department of Homeland Security.