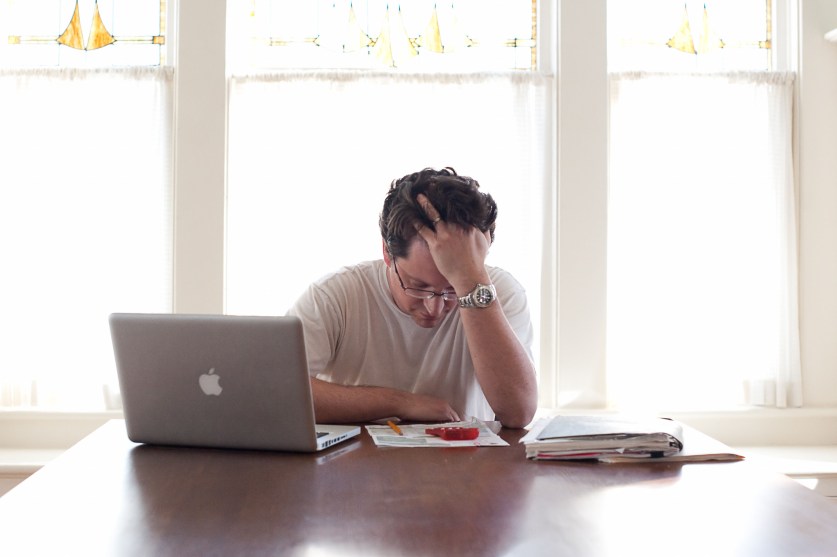 In August 2015, newly announced presidential candidate Donald Trump sat down for an interview with Sean Hannity. When the conversation turned to his tax plans, Trump criticized the “complicated” process required for filing with the IRS. “I want to simplify the tax code,” he said. “It’s an ambition of mine to put H&R Block out of business.”

Now, it’s likely Trump will soon do the exact opposite, as a bill that boosts business for tax preparers, including H&R Block, could soon be on his desk with support from a slew of Republicans and Democrats.

The bill, titled the Taxpayer First Act, passed the House on Tuesday by voice vote; it now heads to the Senate. As first noted by ProPublica, the bipartisan bill—cosponsored by Reps. John Lewis (D-Ga.) and Mike Kelly (R-Pa.) in the House—institutes several changes to IRS cybersecurity and appeals processes, and, crucially, prohibits the IRS from creating a free online filing system for Americans. If passed, the tax preparation industry stands to reap the benefits, as filers continue to flock to them for help with complex forms.

Led by Intuit, the maker of Turbo Tax, and H&R Block, the tax-preparation industry has spent millions lobbying Congress for years to add red tape to various portions of the tax filing process—a move that critics have long called a ploy to increase tax preparer profits. Many tax experts have long advocated for “return-free” filing to simplify taxes for Americans; the option, which already exists in dozens of countries, cuts out the filing process for the majority of taxpayers for whom the IRS already has all the necessary information and can create what amounts to an automatic return.

To stave off this type of simplification, the tax-preparation industry has appeased lawmakers and advocates by pushing the Free File Alliance, a private industry group that offers free tax filing services to households beneath a certain income threshold. As ProPublica notes, 70 percent of tax filers would actually be eligible to use the free filing services provided by the group—but only about 3 percent of eligible taxpayers actually take advantage of it.

Now the Taxpayer First Act would make this arrangement permanent, prohibiting the IRS from ever creating its own online filing system and from renegotiating its deal with Free File Alliance, as it has regularly in the past. “This provision codifies the existing Free File program and requires the IRS to continue to work with private stakeholders to maintain, improve, and expand the program,” notes a bill summary from the House tax committee. This will ensure that tax payers continue to funnel business to private tax-prep providers, which, ProPublica reports, have “deliberately underpromoted” the free option.

The bill is likely to pass the Senate—Finance Committee chairman Sen. Chuck Grassley (R-IA) has said he may allow the bill to bypass his committee so as to get it onto the Senate floor for passage more quickly.

If passed, this bill would cap off the tax-preparation industry’s lengthy history of successful lobbying. In 2015, H&R Block helped convince Congress to expand the form needed to claim the Earned Income Tax Credit—a credit which gives low-income, working parents a bigger tax refund, but which about 20 percent of eligible families already miss out on, in part due to the complication of claiming it. H&R block also successfully lobbied Congress to expand the paperwork needed to claim the Child Tax Credit, the American Opportunity Tax Credit, which reduces taxes owed for tuition-paying college students, and the Premium Tax Credit, which helps families pay for health insurance.