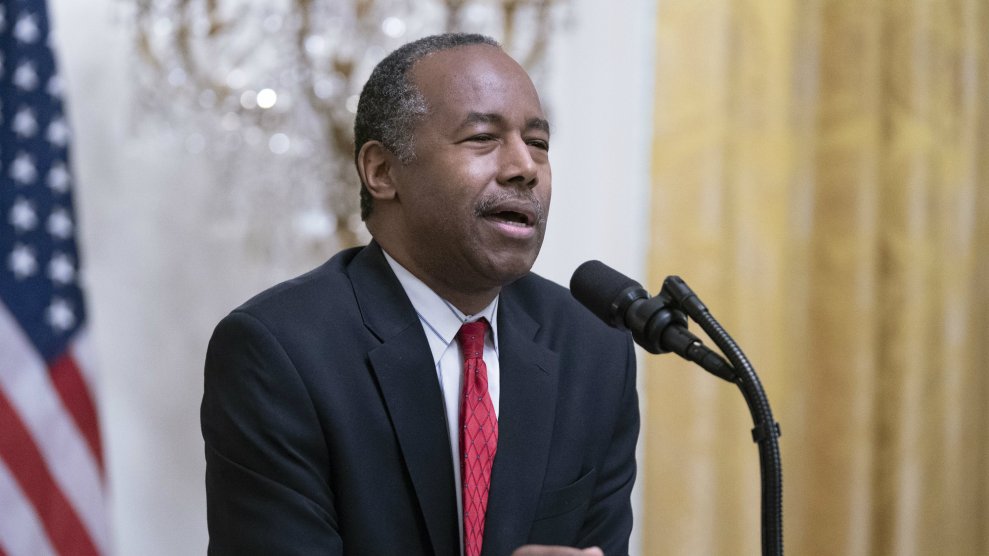 On Wednesday night, the Trump administration proposed to gut a policy in place since the Clinton administration that gives some undocumented immigrants access to public housing without having to disclose their immigration status. Trump’s proposal will bar undocumented immigrants from claiming housing assistance, saying it’s “unfair” to the citizens who are on waitlists for public housing.

“HUD Secretary Carson’s cruel proposal announced yesterday related to undocumented immigrants would break up families and destabilize communities,” Diana Yentel, the CEO of the National Low Income Housing Coalition, said in a statement. The rule, which was proposed by the Department of Housing and Urban Development, comes at a time when the Trump administration has proposed several different policies designed to crack down on immigrants entering the country.

HUD proposes expanding its use of the Systematic Alien Verification for Entitlements in order to screen occupants of public housing. SAVE is a program administered by the Department of Homeland Security and allows federal and local governments to quickly check the immigration and citizen status of individuals in order to determine if they are eligible for government benefits.  HUD Secretary Ben Carson praised Trump’s leadership, saying the move would help American citizens get off of long housing waitlists.

Thanks to @realDonaldTrump's leadership, we are putting America's most vulnerable first. Our nation faces affordable housing challenges and hundreds of thousands of citizens are waiting for many years on waitlists to get housing assistance. https://t.co/XmASs508Su

Despite this, Trump administration officials are falsely claiming that undocumented immigrants are overburdening social services, so the crackdown on public housing is necessary. “We’ve got our own people to house and need to take care of our citizens,” an anonymous administration official told the Washington Times. “As illegal aliens attempt to swarm our borders, we’re sending the message that you can’t live off of American welfare on the taxpayers’ dime.” Waitlists for public housing can be months or years-long in many US cities. Some jurisdictions have simply closed their lists. Notably, despite the “affordable housing challenges” referred to by HUD Secretary Ben Carson, the Trump administration has proposed slashing HUD’s budget three years in a row.

Yentel notes that the new policy may not really about the long waiting lists for public housing. “They know well that [the rule] would do nothing to free up new units,” she said. “The true purpose may be part of this Administration’s effort to instill fear in immigrants throughout the country.”