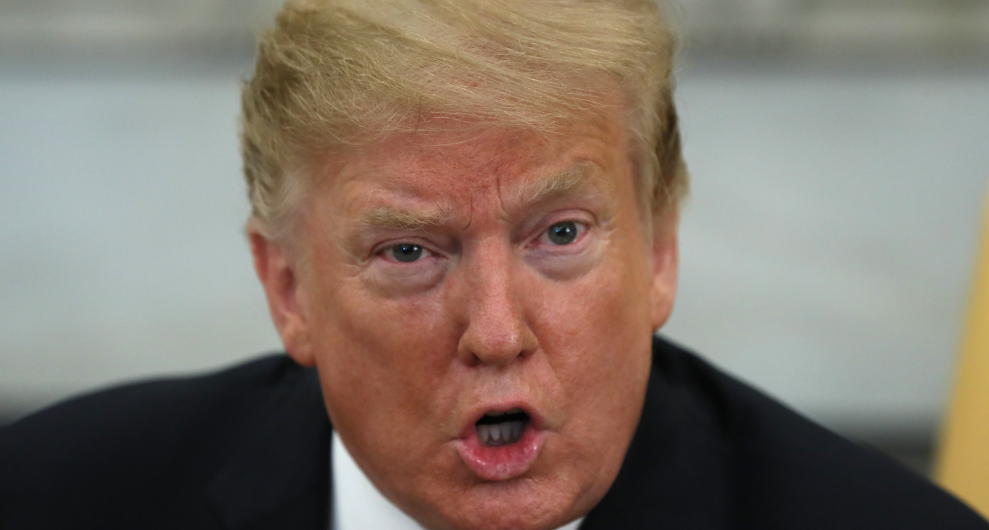 President Donald Trump on Monday ramped up his attacks against Rep. Ilhan Omar (D-Minn.)—this time labeling her statements “ungrateful” and “hateful” toward the United States—while newly accusing House Speaker Nancy Pelosi of ignoring what he claimed was a record of anti-Semitism by the Minnesota congresswoman.

If that wasn’t enough, Trump also baselessly asserted that Omar had been exercising “control” over the top Democrat.

The tweet is the latest escalation in Trump’s targeting of Omar after he drew widespread condemnation on Friday for sharing a video that used out-of-context remarks Omar had given during a Muslim civil rights event to play over graphic images of the 9/11 attacks. Democrats and prominent progressives have since rushed to Omar’s defense, accusing the president of using the inflammatory video to suggest that Omar had downplayed the 9/11 attacks.

Pelosi on Sunday became the highest-ranking Democrat to forcefully denounce Trump over the video. She also announced through a statement that she was consulting with Capitol Police to ensure Omar’s protection.

Shortly after Pelosi’s statement, Omar revealed that she has been subjected to an increase in death threats in the days since Trump’s 9/11 video attack.

But Trump’s tweet on Monday came as a clear signal that he intended to ignore his critics, and perhaps even capitalize on the division. The New York Times reported that Trump’s pummeling of Omar, one of the only two Muslim women in Congress, is now a full-on White House strategy aimed at wooing his base. The next stage of that campaign will likely take place later Monday as the president visits Omar’s home state for a so-called economic roundtable.