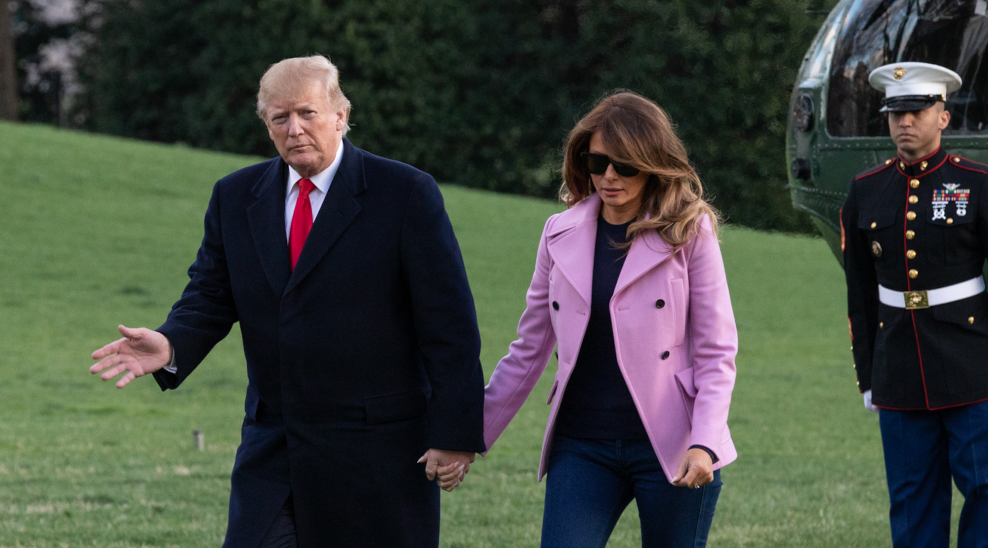 In a series of furious tweets that began Monday evening and continued well into Tuesday, President Donald Trump lashed out at Puerto Rico’s leaders—twice labeling them as “corrupt” and “incompetent”—and falsely claimed the island has already received $91 billion in federal aid after Hurricane Maria. Moreover, he complained that Puerto Rico’s politicians “only take from USA”—despite the fact that Puerto Rico is part of the United States and its residents are American citizens.

Puerto Rico got 91 Billion Dollars for the hurricane, more money than has ever been gotten for a hurricane before, & all their local politicians do is complain & ask for more money. The pols are grossly incompetent, spend the money foolishly or corruptly, & only take from USA….

While it’s unclear exactly how Trump arrived at the $91 billion figure, the claim is a likely misrepresentation of the $95 billion that the government of Puerto Rico projected in November it would take for the island to recover from Hurricane Maria over a long period of time. The Washington Post estimated that Puerto Rico has actually received just $11.2 billion so far—well below the $91 billion Trump has been citing in recent days.

The president’s latest outburst came after Senate Democrats on Monday blocked a Republican disaster relief bill, arguing that it was wholly inadequate to deal with the ongoing crisis on the island. “The Democrats today killed a Bill that would have provided great relief to Farmers and yet more money to Puerto Rico despite the fact that Puerto Rico has already been scheduled to receive more hurricane relief funding than any ‘place’ in history,” Trump fumed after the bill failed to advance. By Tuesday morning, Trump was claiming that the “best thing that ever happened to Puerto Rico is President Donald J. Trump.”

….The best thing that ever happened to Puerto Rico is President Donald J. Trump. So many wonderful people, but with such bad Island leadership and with so much money wasted. Cannot continue to hurt our Farmers and States with these massive payments, and so little appreciation!

White House spokesman Hogan Gidley defended Trump’s tweets during an appearance on MSNBC Tuesday. But in doing so, he referred to Puerto Rico as “that country”—remarks that seemed to echo Trump’s earlier comments. Gidley later called his statement a “slip of the tongue.”