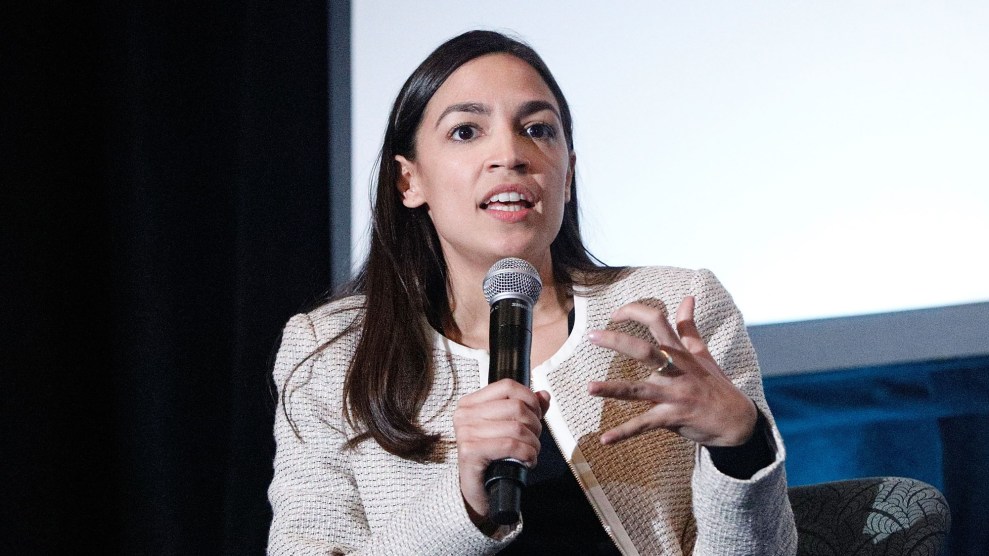 Representative Alexandria Ocasio-Cortez (D-NY) spoke with New Yorkers about her efforts in Congress to increase access to affordable housing at a town hall in the Bronx Thursday evening. Housing, she says, should be legislated as a human right. “What does that mean? It means that our access and our guarantee to having a home comes before someone else’s privilege to earn a profit,” said Ocasio-Cortez.

The town hall, hosted by Housing Justice for All, a coalition of tenant associations and other housing advocates in New York, brought together tenants who are pushing for a package of housing bills that could implement universal rent control in the state.

Ocasio-Cortez says that with a Democratic majority in the house, she’s working at the federal level to disassemble the tax breaks that have incentivized companies to ignore residents. She also plans to re-introduce the Fair Chance at Housing Act in the House that would ease restrictions to federally-subsidized housing, particularly for tenants with previous criminal convictions. She told attendees that Sen. Kamala Harris is considering introducing it in the Senate, as well. “We have been conditioned to think that basic rights are a luxury and a privilege when they are not,” she said.

She also emphasized the role of the environment and the need for policies like the Green New Deal to access safe apartments, clean air, and nature. “The environmental piece of this is where the dignity is, and we have to fight for that too.”